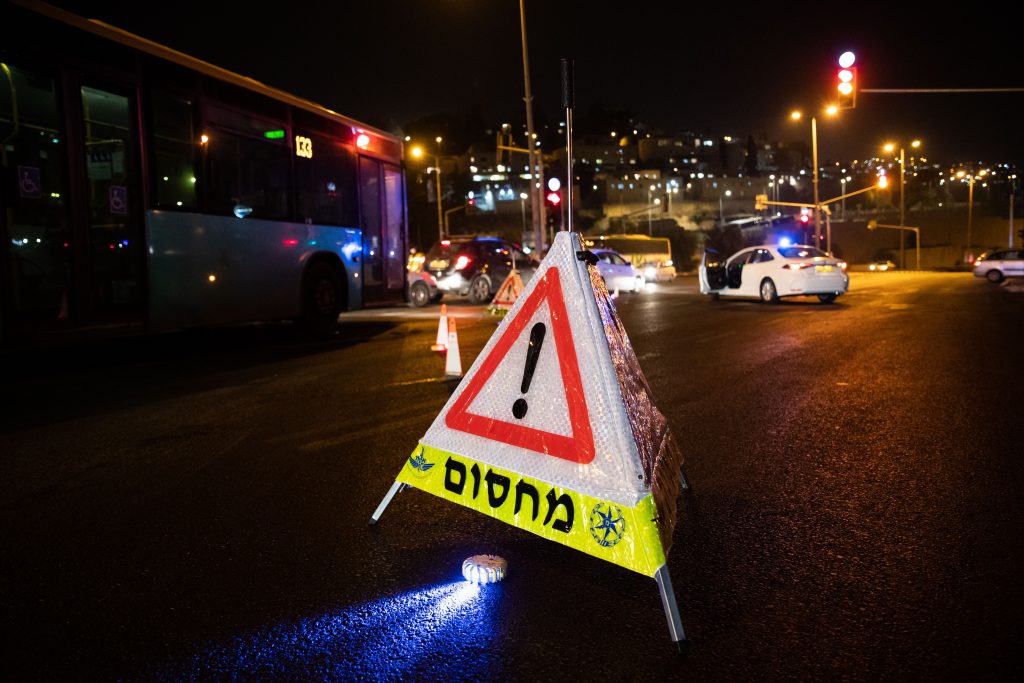 Over a million Israeli citizens in some 40 cities, towns and local authorities designated “red” came under an overnight curfew starting at 7 p.m. Tuesday. The nightly curfew remained in effect until 5 a.m. next Wednesday.

Most residents under curfew expressed anger, confusion, hurt and dissatisfaction with what they called the lack of transparency and reason in the decision-making process.

In the Yerushalayim neighborhoods under curfew, residents were furious, and said there was “no justification” for the stringent step. Residents rushed to buy food. In Ramot, which is home to members of various sectors of the population as well as a sizable chareidi community, many said they felt the curfew was “unnecessary,” noting that there was 0.5% of the residents in the area having tested positive.

Chagit Hacohen Wolf, chairwoman of the Ramot Community Council, said, “Back in the first wave, we petitioned the High Court about the scandalous decision that was not transparent and not based on data. The High Court supported our arguments, and a week later it turned out that the numbers were, in fact, incorrect. Even today, there is no reason to instate a total closure on a neighborhood the size of a town, with 60,000 residents, without distinguishing between the different parts of it. It seems as if there are irrelevant considerations of politics and convenience that led to these decisions.”

Bnei Brak Mayor Rabbi Avrahama Rubinstein said, “We are working intensively to have several needless restrictions on the city lifted, but at the same time, we are working in full cooperation with and respect for the police, who are operating sensitively and with unusual understanding to prevent unnecessary scenes of barricades and suffocation.”

Many in Beit Shemesh were also outraged at the decision to place some of the city’s neighborhoods under curfew. Some 18,000 school children in Ramat Beit Shemesh Aleph and Gimmel, as well as the Menucha VeNachala neighborhood, will not be in school for a week. Residents of other neighborhoods were upset that their children who learn in the “red” neighborhoods would not have school.

A Beit Shemesh resident told Hamodia that this curfew “has no effect other than driving people crazy in these last days before the Yom Tov season, with stores being forced to close.

“The chareidi community doesn’t go to outings at night, so this won’t really disturb our daily schedule, and weddings will be held earlier, so I really see no purpose in this.

“The interesting part is that in the areas that the residents don’t go to get tested – and there is a higher chance that they have many cases – there is no curfew, so ultimately, it’s the wrong people who are being punished.”

Ashkelon, designated a “red” city, has avoided a citywide curfew, and the restriction has been applied only to certain neighborhoods. Mayor Tomer Galam said Tuesday, “We have managed to avoid an overnight curfew throughout Ashkelon, even though it has been designated a red city. I made it clear to the Health Ministry people that we are making efforts to reduce the number of coronavirus cases and I presented them with our work plan to drop the rate of infection.”

United Torah Judaism MK Rabbi Yitzchak Pindrus on Wednesday demanded financial retribution be afforded to residents of communities put under night-time curfew in efforts to stem the spread of coronavirus. “People cannot send their children to schools while still having to pay tuition,” he said as he demanded an immediate stipend be given before the chagim.