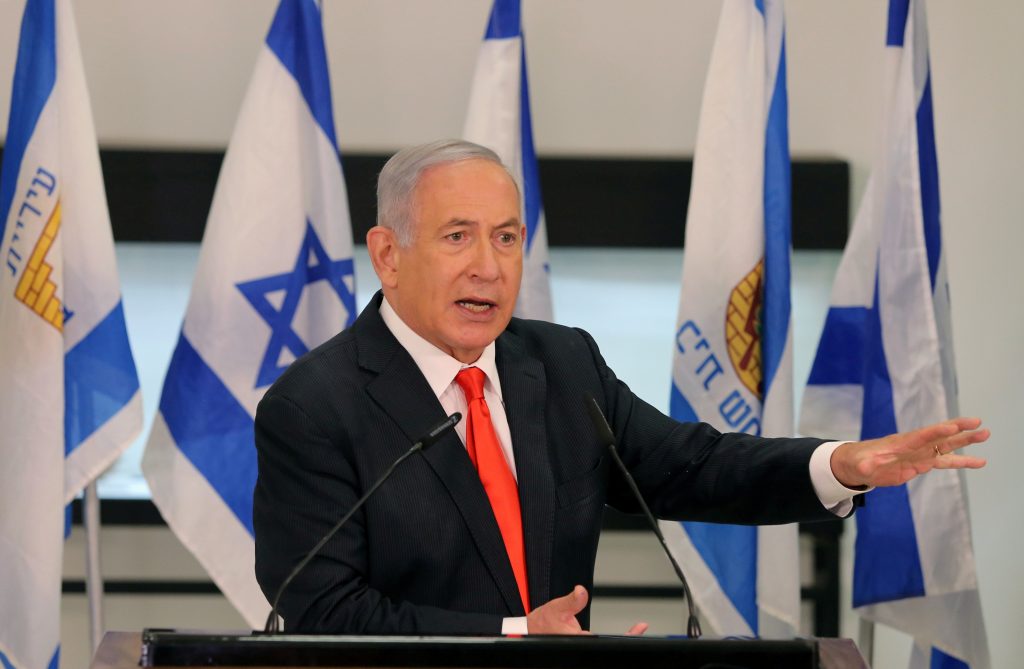 Israeli Prime Minister Binyamin Netanyahu called on Wednesday for an inquiry into the investigators who brought corruption charges against him, citing reports of a conflict of interest that could compromise one of three cases against him.

Netanyahu’s right-wing Likud party and allies voiced anger this week after Israel’s Channel 12 news reported that police and prosecutors had covered up the alleged conflicts of interest.

“It is clear that the police and prosecution are making political decisions against justice and law in order to topple a right-wing prime minister,” Netanyahu said at the start of a Likud meeting on Wednesday evening.

“This conduct must be investigated,” said Netanyahu, who has consistently accused police and prosecutors of bias against him.

A spokesman for Attorney General Avichai Mandelblit declined to comment on Netanyahu’s remarks.

Mandelblit has called claims of judicial impropriety “baseless falsehoods entirely intended to delegitimize the justice system and its decisions regarding the prime minister.”

Critics asserted that Netanyahu’s demand for an inquirty was an attempt to distract public attention from his handling of the COVID-19 pandemic, which has been spiraling out of control in recent days.

Speaking after Netanyahu’s remarks, Defense Minister and Alternate Prime Minister Benny Gantz, who has long been at odds with the PM over Justice Ministry policy, took the side of the law enforcement community:

“You do your jobs and defend the rule of law and democracy, and we will do ours and protect you,” he promised at the start of a Blue and White faction meeting.

“Harsh attacks from those in power against the law enforcement system are a danger to Israeli democracy. This is not legitimate criticism, and it’s nothing but an attempt to dismantle it.”

“The justice system was not born and will not be torn down for the benefit or harm of one man or another,” Gantz said. “We will stand together as a wall to protect the law enforcement system.”