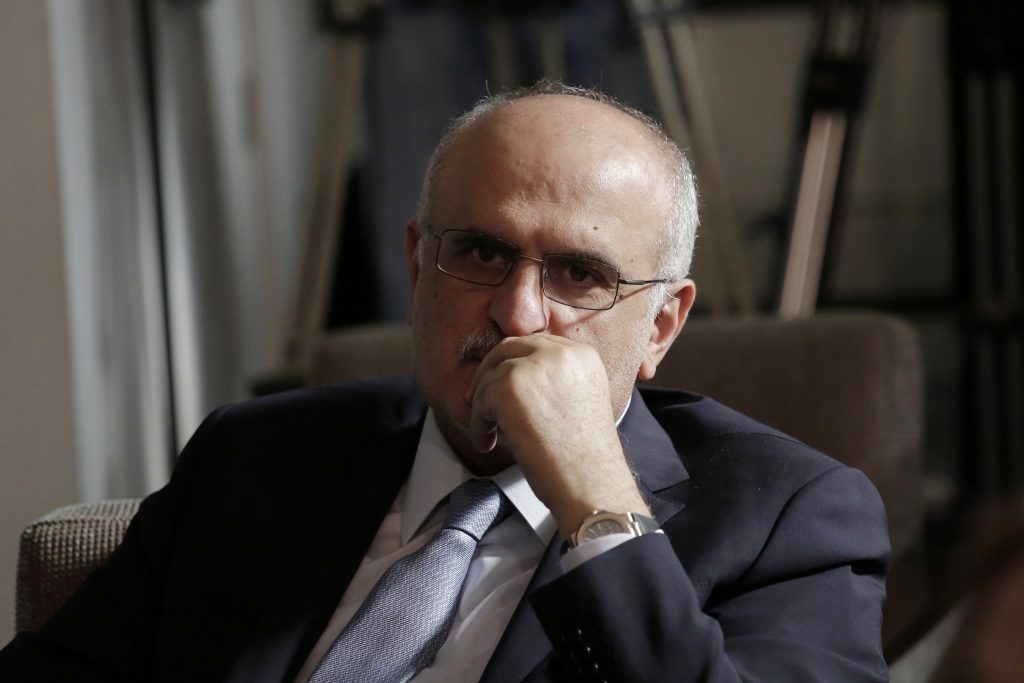 The U.S. Treasury on Tuesday sanctioned two former Lebanese Cabinet ministers who are allied with Hezbollah in a rare move against politicians close to the Iran-backed terrorist group.

The sanctions appear to be a strong message to politicians in the country, which is experiencing its worst economic and financial crisis in decades. It is also a strong warning to Hezbollah and its allies who control majority seats in Parliament that the sanctions could target more politicians.

Khalil is a senior official with the Shiite Amal group that is headed by Parliament Speaker Nabih Berri while Fenianos is a member of the Christian Marada group that is allied with Hezbollah and the Syrian government.

The U.S. Treasury said Khalil and Fenianos “provided material support to Hezbollah and engaged in corruption.”

U.S. officials have been warning that a new wave of sanctions will target allies of Hezbollah, which is considered a terrorist organization by Washington.

“Political allies of Hezbollah should know that they will be held accountable for enabling its terrorist and illicit activity,” said David Schenker, the assistant secretary in the State Department’s Bureau of Near Eastern Affairs. He said in a briefing with reporters that Washington will continue in the coming weeks and months to maintain pressure on Hezbollah.

Schenker warned that sanctions targeting Hezbollah and its supporters and “other corrupt actors will continue and we will use all available authorities to hold Lebanon’s leaders accountable for failing to live up to their obligations to the Lebanese people.”

The U.S. has been targeting Hezbollah with sanctions for years but this is the first time it has imposed sanctions on officials of Amal and Marada that are closely allied with Hezbollah.

Hezbollah used its relationship with officials in the Lebanese government, including Fenianos as minister, to siphon funds from government budgets to ensure that Hezbollah-owned companies won bids for Lebanese government contracts worth millions of dollars, the U.S. Treasury said.

It added that Khalil used his position as finance minister to attempt to have U.S. financial restrictions on Hezbollah eased so that the group would have less difficulty moving money.

The Treasury said the designations underscore how some Lebanese politicians have conspired with Hezbollah at the expense of the Lebanese people and institutions. The U.S. supports the Lebanese people in their calls for a transparent and accountable government free of corruption, it added.

Nationwide protests broke out in mid-October with people demanding an end of the rule of the political class that has been running the country for decades and brought the tiny nation to the brink of collapse amid widespread corruption and mismanagement.

“Corruption has run rampant in Lebanon, and Hezbollah has exploited the political system to spread its malign influence,” said Treasury Secretary Steven T. Mnuchin. “The United States stands with the people of Lebanon in their calls for reform and will continue to use its authorities to target those who oppress and exploit them.”