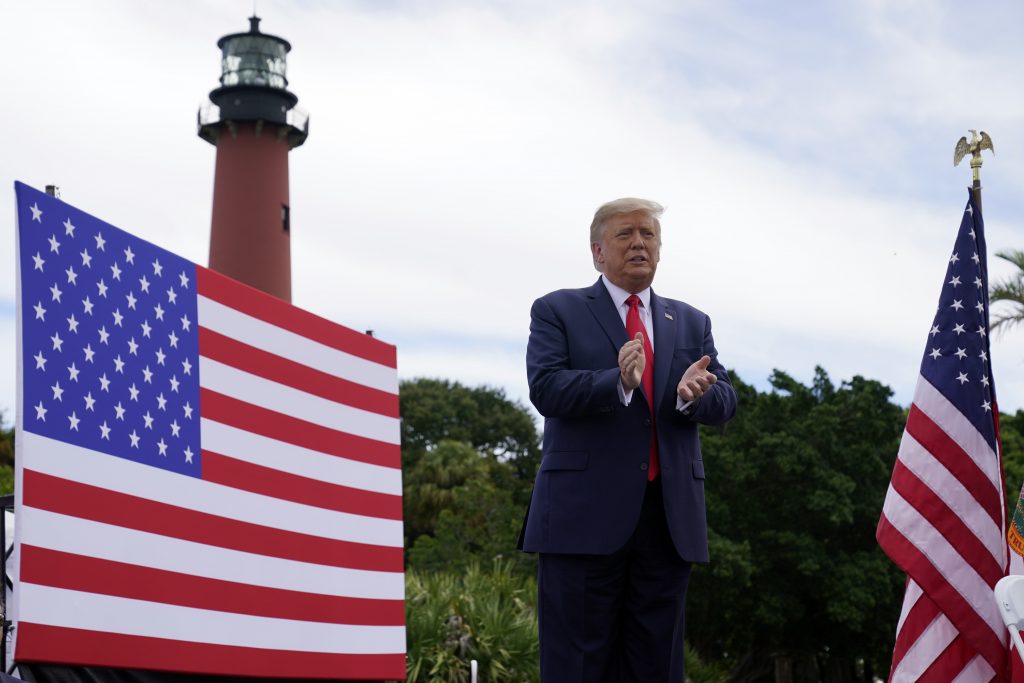 President Donald Trump sought to claim the mantle of environmental steward on Tuesday as he announced an expansion of a ban on offshore drilling and highlighted conservation projects in Florida.

Trump spoke beside the Jupiter Inlet Lighthouse, lambasting Democrat Joe Biden’s agenda at the taxpayer-funded event, ahead of a campaign rally in North Carolina, another must-win state for his reelection. The trip comes as Trump steps up his travel to battleground states eight weeks out from Election Day.

Trump announced he was extending and expanding a ban on new offshore drilling sites off the Florida coast as well as Georgia and South Carolina. The existing moratorium covers the Gulf of Mexico, and Trump said the new one would also cover the Atlantic coast — a significant political concern in coastal states like Florida.

“My administration’s proving everyday that we can improve our environment while creating millions of high-paying jobs,” Trump said. He claimed that Democratic presidential nominee Joe Biden’s environmental plans would “destroy America’s middle class while giving a free pass to the world’s worst foreign polluters.

“Trump is the great environmentalist,” he added.

Trump discussed his call for additional funding for Everglades revitalization and addressing algae-causing run-off from Lake Okeechobee that has forced beach closures in the tourism-reliant state.

Environmental groups and former EPA chiefs from both parties have criticized Trump’s environmental record. Current EPA Administrator Andrew Wheeler, a former coal lobbyist, defended it last week in a speech commemorating the agency’s 50th anniversary. He contended Trump had reined in an agency that had lost sight of its core mission. A second term would bring more cleanups of Superfund toxic waste dumps and restoration of polluted industrial sites, which drew renewed emphasis during Trump’s first term, Wheeler said.