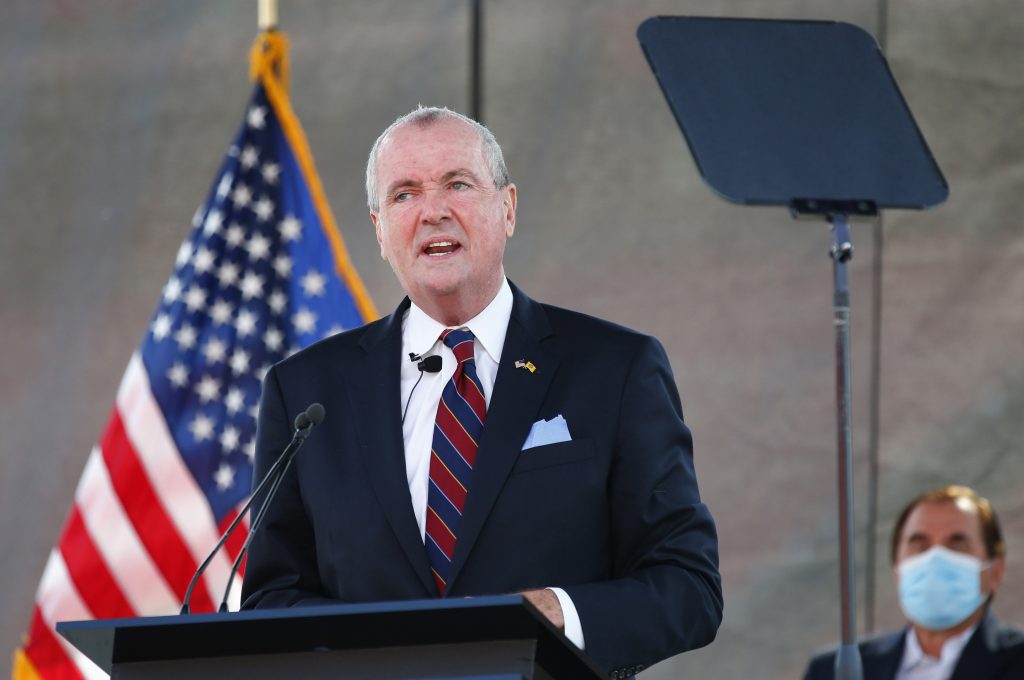 The state Division of Elections, which is overseen by the secretary of state, launched its first online registration tool on Friday, though the Democratic governor announced it Tuesday.

So far about 13,000 people have successfully registered online.

New Jersey will for the first time hold its general election mostly by mail this year because of the governor’s response to the COVID-19 outbreak.

“Especially as we face this ongoing pandemic, we we are committed to reducing barriers that may prevent potential voters from participating in our elections,” Secretary of State Tahesha Way said in a statement.

There is also an online ballot-tracking tool voters can sign up for to keep track of their votes.

The online registration tool stems from a bill Murphy signed in January before the outbreak struck the state.

The governor and Democrat-led Legislature passed a measure to require that all registered voters be sent a mail-in ballot. There will be no in-person machine voting except for people with disabilities. Anyone wishing to vote in person must cast a provisional ballot, which means it would be counted only after officials determined a mail-in ballot wasn’t already counted.

Voters can cast their ballots by mailing them, but there are other options in part because of concerns Murphy and others have raised about the Postal Service’s ability to handle the increased mail volume.

Voters can take ballots to one of at least 10 drop boxes in each county. They can also bring their mail-in ballot in person on Election Day and hand deliver it to a poll worker, or they can mail it.

Ballots are to go out beginning Oct. 5, though some counties are planning to begin mailing them out at the end of September.

Before the launch of online voter registration, residents had to print, sign and mail a form to their county election officials. Residents still have the option to print and mail their registration.

Republican President Donald Trump’s campaign sued Murphy in U.S. District Court in New Jersey after the governor signed an executive order calling for the mail election. Since then, the governor and lawmakers enacted a law to set up such an election this year.

The lawsuit has not gone before a judge yet, and it’s unclear what will happen next, given the complaint centered on Murphy’s executive order, which has been superseded by the law.

Murphy said Tuesday at a news conference on the virus he was confident that in-person machine voting would eventually return in New Jersey.

“We’re not in a forever-and-always moment here, please, God,” he said. “This is a window of time. I hope it’s a short window that we’re having do things that we’ve never done before.”