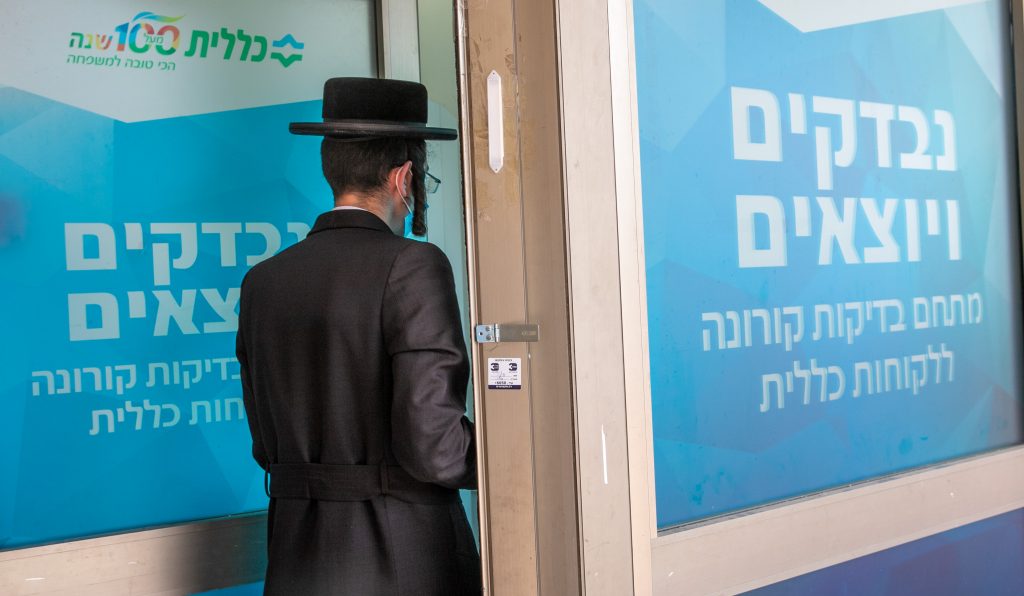 It should be noted that behind the plans to slow the virus, as well as the explanations behind the numbers that make up the “traffic light” plan, are complex mathematic calculations. The objective is to project the scope of the spread and the rise in seriously ill people who might need hospitalization and ventilation.

The various plans in countries around the world to slow the spread of the virus are derived from the fear of a spike in seriously ill patients. This would lead to a collapse of the health system, due to a shortage of manpower or insufficient number of ventilators with which to treat patients.

The number of confirmed cases in and of itself is less concerning, and if not for the fear of a rise in seriously ill patients, there would be widespread support for herd immunity (with the exception of at-risk populations.) However the fears stem from a lack of knowledge about how the virus works. This dearth of knowledge and experience means that the countries prefer that even young citizens who are not in risk groups should not be exposed. At the very least, they want to control the rate of infection.

A senior source at the Health Ministry confirmed these numbers to Hamodia this past Friday. The explanation can be due to the fact that the mean age in the chareidi community is lower, and these younger age groups, who largely do not develop severe symptoms, rarely need hospitalization. There are other reasons why this is possible as well.

This claim is refutable for a number of reasons.

First, when a resident of Bnei Brak, for example, goes out to the street in Ramat Gan, even if he is positive (although he does not know it), the chances of him being under one roof for 15 minutes together with a resident of Ramat Gan is nearly zero. There is no concern that passing by on a street will cause infection. Because there are concerns regarding public transportation, it is preferable to limit it or – in an emergency situation, suspend it – rather than to impose a lockdown.

Second, why do the decision makers support lockdown on young people in Bnei Brak for fear they might infect the elderly from Ramat Gan or Tel Aviv who are in high-risk groups? Does the same concern not justify a lockdown on the older populations of Ramat Gan and Tel Aviv? Alternately, perhaps there should be a fair division: we’ll be home for a week to take responsibility for the health of residents of nearby cities, and then, they should be home for a week, to show responsibility for our mental health.

Third, the state is displaying terrible negligence in its battle to cut off the infection chains in the chareidi sector. The State has done nothing for half a year to create a plan for a chareidi with a kosher phone who needs to go into isolation following exposure. As a result, the chareidi is punished twice: first, it raises the infection rate in the sector, and then the government wants to impose a lockdown on them for fear that other citizens might be infected. On what grounds does the State, as an entity, prioritize those ‘other’ citizens?

Fourth, what is the point of putting an immediate lockdown on chareidi cities if the government is planning a national lockdown during the chagim? Why is the chareidi sector getting punished twice?

As part of this latest effort to prevent a lockdown on chareidi cities, a number of effective suggestions were presented to corona czar, Ronni Gamzu. For the meantime, they were rejected. According to Professor Gamzu, who spoke on Friday with a number of senior chareidi figures, the high infection numbers in Bnei Brak and other chareidi cities apparently stems from the beginning of the zman on Rosh Chodesh Elul.

If that is the case, then the question begs an answer: This past week marked 14 days since the beginning of the zman in the yeshivos, so even confirmed cases are no longer contagious at this point. So why is there a constant demand for lockdown?

The Health Ministry claims that it is challenging to deal with so many yeshivah ketanah bachurim who sleep at home and infect their families and others. A suggestion was raised to bus these boys to a central sleeping location, and then to bus them back to yeshivah in the morning. This will prevent community spread. This suggestion – which is fair and logical – was rejected for the time being.