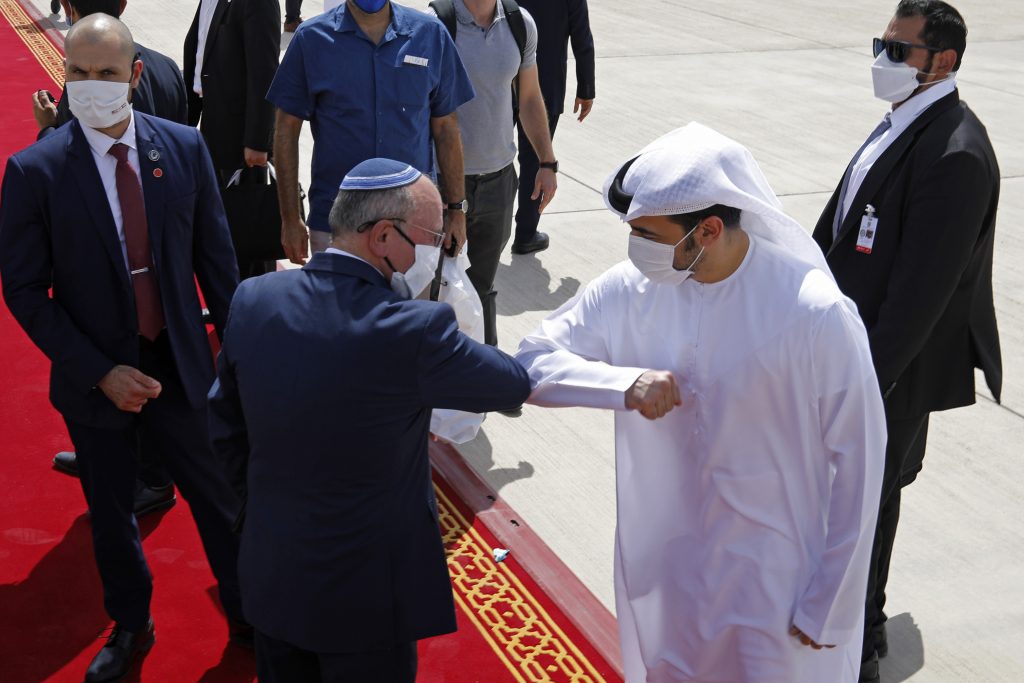 Israeli Prime Minister Binyamin Netanyahu‏‏ released a statement saying, “I am proud to leave for Washington next week at the invitation of President Trump and to participate in the historic ceremony at the White House on the establishment of a peace agreement between Israel and the United Arab Emirates.”

The officials said Emirati Foreign Minister Sheikh Abdullah bin Zayed Al Nahyan, the brother of the UAE crown prince, would likely lead the UAE delegation. The officials, who were not authorized to discuss the matter publicly and spoke on condition of anonymity, said the ceremony would either be on the South Lawn, the Rose Garden or inside depending on weather.

The ceremony will come just a month after the agreement to establish full diplomatic relations was announced on Aug. 13. The historic deal delivered a key foreign policy victory to President Donald Trump as he seeks reelection, and reflected a changing Middle East in which shared concerns about archenemy Iran have largely overtaken traditional Arab support for the Palestinians.

That announcement has been followed by the first direct commercial flight between the countries, the establishment of telephone links and commitments to cooperate in numerous areas.

UAE has also ended the country’s boycott of Israel, which allows trade and commerce between the oil-rich Emirates and Israel, home to a thriving diamond trade, pharmaceutical companies and tech start-ups.

The Palestinians have rejected the deal. The UAE presented the agreement as taking Israel’s planned annexation of parts of Yehuda and Shomron off the table. But Israeli Prime Minister Netanyahu insisted the pause was “temporary.”