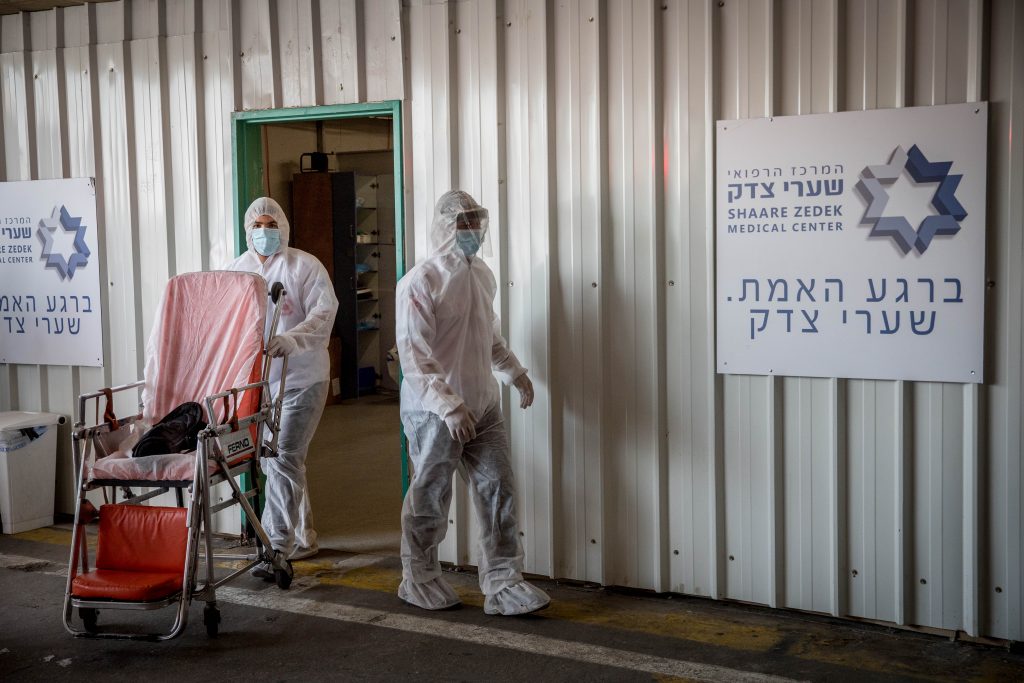 The Health Ministry on Tuesday morning said that a new record was set, with the number of new coronavirus cases confirmed on Monday at 3,392.

There are 27,723 people now battling COVID-19 with 920 receiving care in hospitals and 463 described as seriously ill.

On Monday, Israel saw the 139 seriously ill patients on ventilators, the highest number to date.

Israel’s death toll has risen to 1,026, with six fatalities on Monday, according to Health Ministry.

Despite the high rate of infection in some communities, the number of people in quarantine remains relatively low.

Health officials continued talks with local municipalities overnight Monday before finalizing on the list of localities that would be imposing a nighttime curfew on their residents.

38 such locations will see a curfew imposed from 7 p.m. to 5 a.m. starting on Tuesday. Residents would not be allowed to venture more than 500 meters from their homes and travel in and out of these localities would be prohibited except for the purchase of vital supplies or for medical emergencies. Schools would also be closed in the hope of mitigating the spread of coronavirus.

On Thursday, the ministers will be asked to approve restrictions to be imposed over the chagim beginning next week, with the possible closure of all schools including those in low infection areas, for the entire month of Tishrei.