Politics 1,000 People May Have Voted Twice in Georgia
Politics 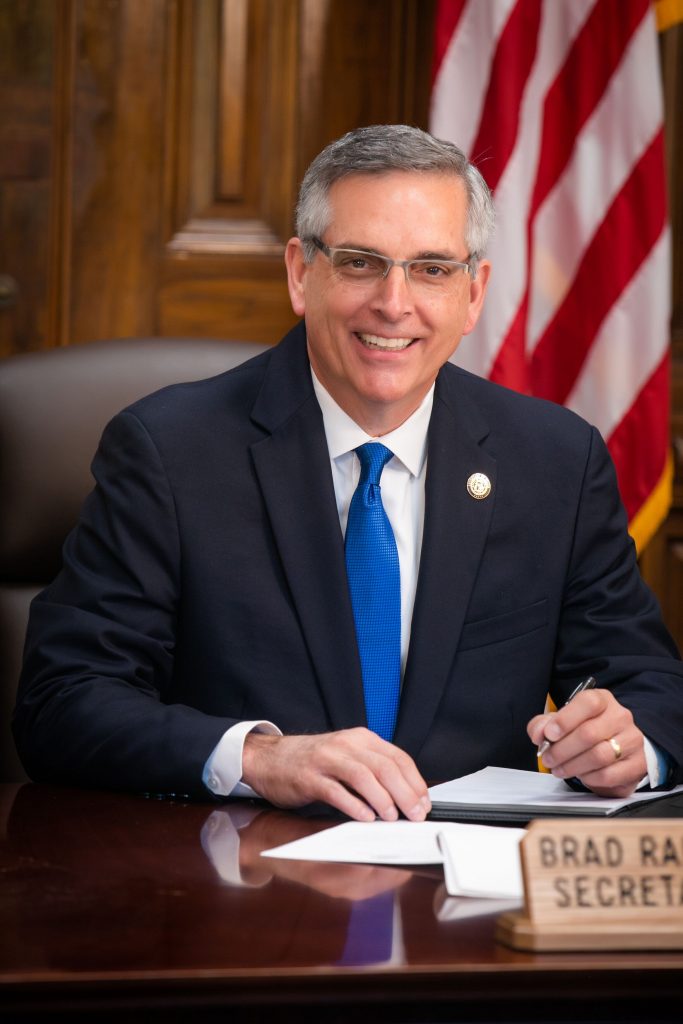 As many as 1,000 Georgians may have cast ballots in the June primary both by mail and in person, Republican Secretary of State Brad Raffensperger said Tuesday, raising questions about how well poll workers in the state are enforcing safeguards.

Raffensperger’s office is investigating whether those who voted twice did so intentionally and whether two votes were actually counted in each case. Georgia’s June 9 primary was plagued by widespread problems with the delivery of mail ballots and long lines at the polls.

Raffensperger’s office acknowledged that many voters may have shown up in person because they were afraid that their mail ballots would not be counted.

The secretary of state said systems are in place to prevent double voting in Georgia.

“Elections occur through the hard work of thousands of people on the ground,” he said, speaking in front of the Capitol in Atlanta on Tuesday morning. “Humans all have something in common. We are all fallible.”

But Raffensperger emphasized that voters who seek to cast two ballots could face criminal charges. “Let me be clear, it is a felony to double vote in Georgia – and we prosecute,” he said.

Voting rights advocates said they were troubled by Raffensperger’s announcement, coming at a time when President Donald Trump has encouraged his supporters to attempt to vote twice to show that such fraud is possible.

“We wholeheartedly agree that people who intentionally vote twice should be subject to the usual criminal penalties for election law violations,” Dennis said in a statement. “But we are concerned that voters who were simply trying to vote may get caught up in the dragnet.”

Raffensperger came under criticism from some fellow Republicans this year when he opted to send absentee ballot applications to all active voters for the spring primary. The state is not doing so for November’s general election but created an online portal for voters to request a mail ballot.

His Tuesday announcement followed reports that a Trump supporter from Long County, Ga., claimed he had voted twice in the primary, an assertion that has not been verified.

Jordan Fuchs, Raffensperger’s chief deputy, said in an interview Tuesday that the secretary of state wanted to be transparent about the findings and give a strong warning to anyone who plans to try to vote twice in November.

Fuchs said poll workers’ errors probably led to some of the instances of double ballots. Typically, when a voter shows up to vote in person, the poll worker checks the poll book to see whether the voter has requested an absentee ballot or has received one. If so, the worker is supposed to call the county elections headquarters to cancel the person’s mail ballot, then can allow the voter to cast a ballot in person.

That process happened with about 150,000 voters during the primary, Fuchs said – voters who for a variety of reasons decided late that they wanted to vote in person. One common reason, she said, was fear that their mail ballots would not arrive in time to be counted.

“You can see an environment, especially on the day of that election, where a poll worker has a long line and they say, ‘I’m just going to let people vote’ without taking that extra step,” Fuchs said.

Fuchs said Raffensperger’s office is not likely to refer for prosecution incidents in which voters intended to cancel their mail ballots but poll workers failed to do so.

There is a “big difference” between someone who intentionally tried to vote twice to test the system and a voter who “attempted to cancel their ballot but for whatever reason a poll worker didn’t do it,” Fuchs said. “That will all come out in our investigation.”

Raffensperger said counties will be urged to walk their poll workers through the proper procedure when a voter who had requested a mail ballot shows up to vote in person.

“My office is dedicated to working with counties to assure that it won’t happen in November or in the future,” he said.

During his remarks, Raffensperger said the 1,000 double votes occurred over the course of both the spring primary and the August runoff, but his office later clarified that the figure is from just the primary.