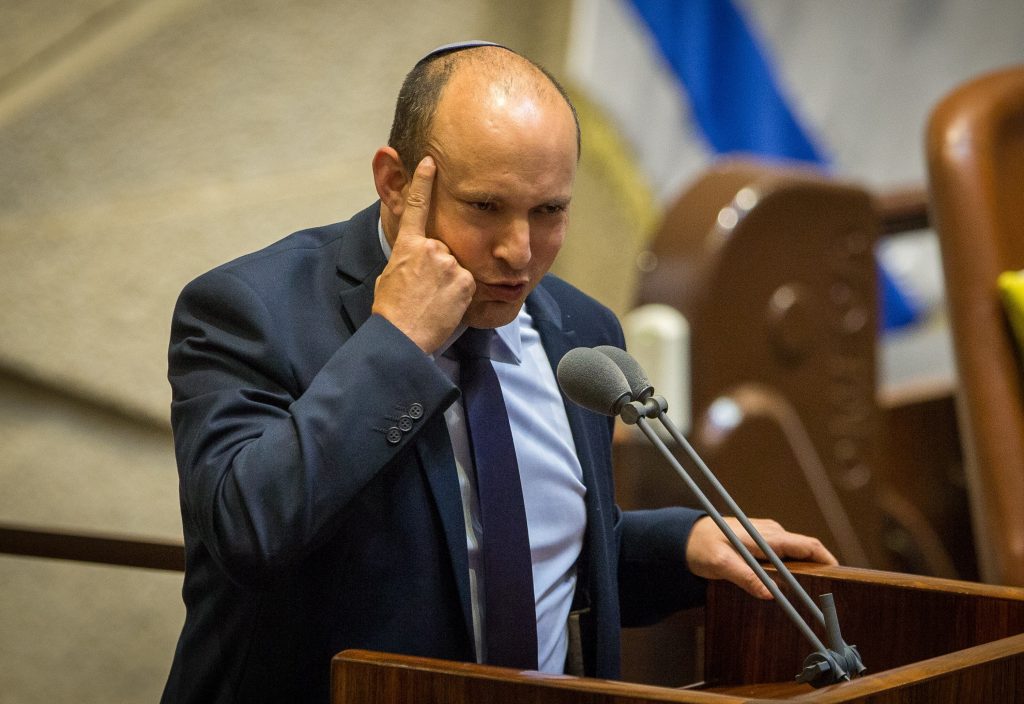 The Yamina party, led by Naftali Bennett, continued its upward trajectory in the polls on Monday night as it would win 21 seats and become the second largest party in the country if elections were held now.

Although Likud has been sagging in the polls due to complications of the coronavirus pandemic, its losses are offset by Yamina, and overall the right-religious bloc would have 66 seats in the Knesset, compared to 48 for the left, a comfortable majority.

Asked if they would obey a lockdown if imposed, 64% said yes — fully; 13% partially; 9% would not regard restrictions on the Chagim and events; 9% said no. Those figures take on greater significance in light of Avigdor Liberman’s comments on Monday, denouncing the government’s health policies as politically motivated and therefore “blatantly illegal…null and void.”

The pollsters reported that most (68%) respondents did agree with Liberman’s accusation that Netanyahu capitulated to the chareidim on the virus restrictions, in flip-flopping on closures of charedi cities at the last minute. Another 20% disagreed.

The respondents were split on whether coronavirus czar Ronni Gamzu should resign — 45% said no; 34% said yes.