Israel Liberman: Public Should Not Listen to Government’s Restrictions
CoronavirusIsrael 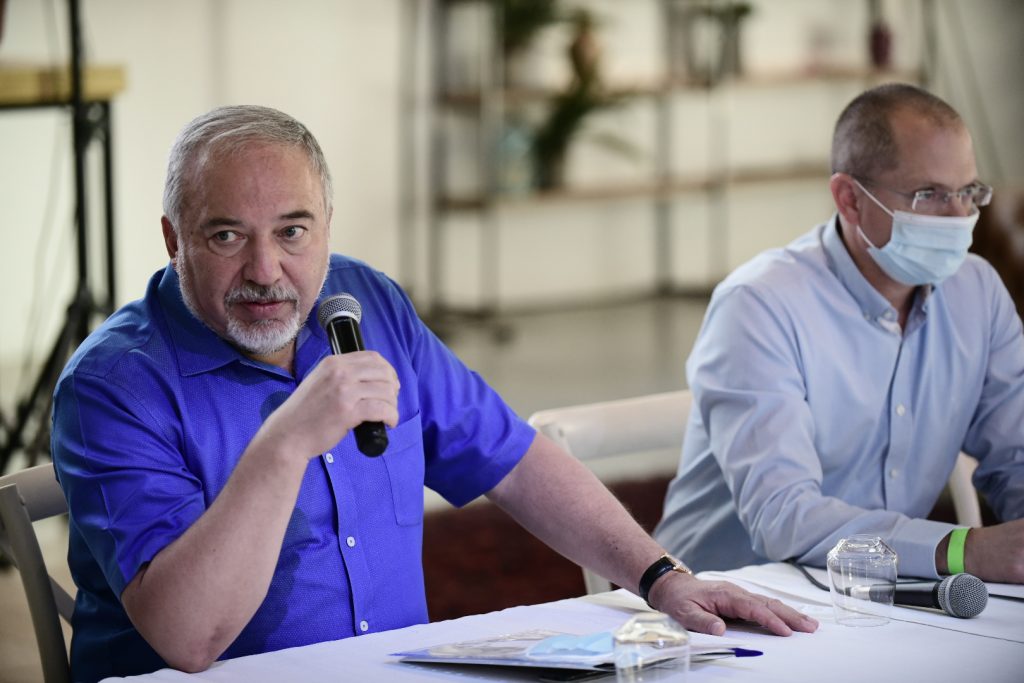 MK Avigdor Liberman set off a stir Monday when he strongly condemned the government’s conduct in the coronavirus crisis and called on the public to “act according to common sense” and not adhere to the new restrictions imposed, which he said are “blatantly illegal.”

The local authorities should appoint their own commissioner, because the national government failed, Liberman told his Yisrael Beytenu faction on Monday.

“Netanyahu has sacrificed the public’s health for the health of his coalition, and therefore government decisions being made now are illegal,” Liberman said.

“In recent days, the State of Israel has been in disarray,” Liberman said. “We hear countless talks about closures but what is needed is order! It cannot be that critical decisions are made at the last minute. Nothing is made in an orderly manner, everything is drawn and the result of political pressures and deals.”

According to Liberman, “Netanyahu sacrificed public health on the altar of safeguarding his coalition and therefore all decisions are null and void.”

Liberman also suggested an alternative way of dealing with the crisis: “The government has lost public trust and it does not deserve it, so the way to deal with the problem at the moment is through local government.” He called for a reduction in VAT from 17% to 7% on the occasion of Rosh Hashanah, in order to increase public spending.