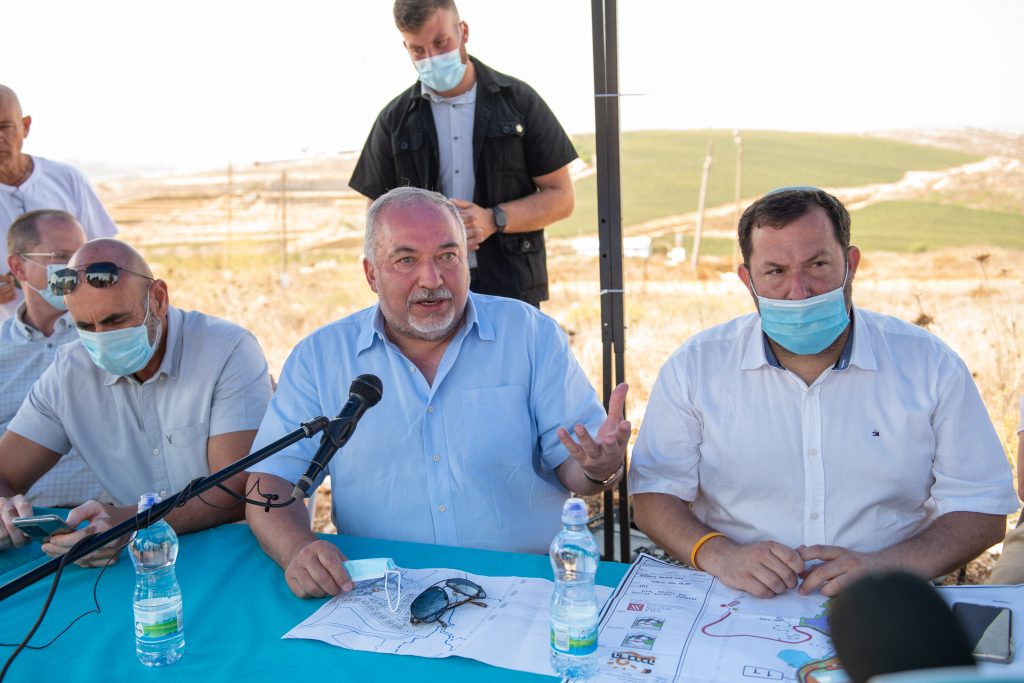 Yisrael Beytenu leader Avigdor Liberman has touched off a barrage of condemnations with his declaration that the Netanyahu government’s coronavirus policies are politically motivated and therefore not binding.

“Netanyahu sacrificed public health on the altar of safeguarding his coalition and therefore all decisions are null and void…[and are] “blatantly illegal,” Liberman declared.

“I view with pain and regret the irresponsible and dangerous comments that could lead to non-compliance with health regulations. I ask you to cease such comments and declare to the public that they must heed the regulations in full,” he wrote.

Defense Minister Benny Gantz agreed with the PM this time, saying, “You must listen to the instructions. No rebellion… is an answer to what is happening in Israel.”

“The fight against the coronavirus pandemic is a fight we all share,” he tweeted. “Calls for civil disobedience harm the principles ensuring our well-being and the well-being of the entire public, specifically during crises. Leaders — opposition and coalition alike — please be careful with what you say.”

Minister of Yerushalayim and Heritage Affairs MK Rafi Peretz cited the Torah injunction to guard one’s health, called it “an embarrassment” and suggested that “anyone who feels like ignoring the instructions of medical professionals and the rule of law go visit the coronavirus hospital wards, filled up with patients, and stop calling for legal measures to go unnoticed.”

“I’m very critical of the government’s handling — or rather non-handling of the crisis, but in times of war, order and obedience are more important than whether a decision is justifiable,” he said.

Liberman shot back at Netanyahu on Monday evening, telling Channel 12 that it is not he, but “the prime minister [who] is causing anarchy — the government doesn’t meet; there is no budget.”

Again he charged that Netanyahu is “making decisions on a solely political basis,” trying to appease his chareidi coalition partners.

Liberman also compared his call for flouting health regulations to Ariel Sharon’s disregard for military orders on the eve of the 1973 Yom Kippur War, which he says saved the country.