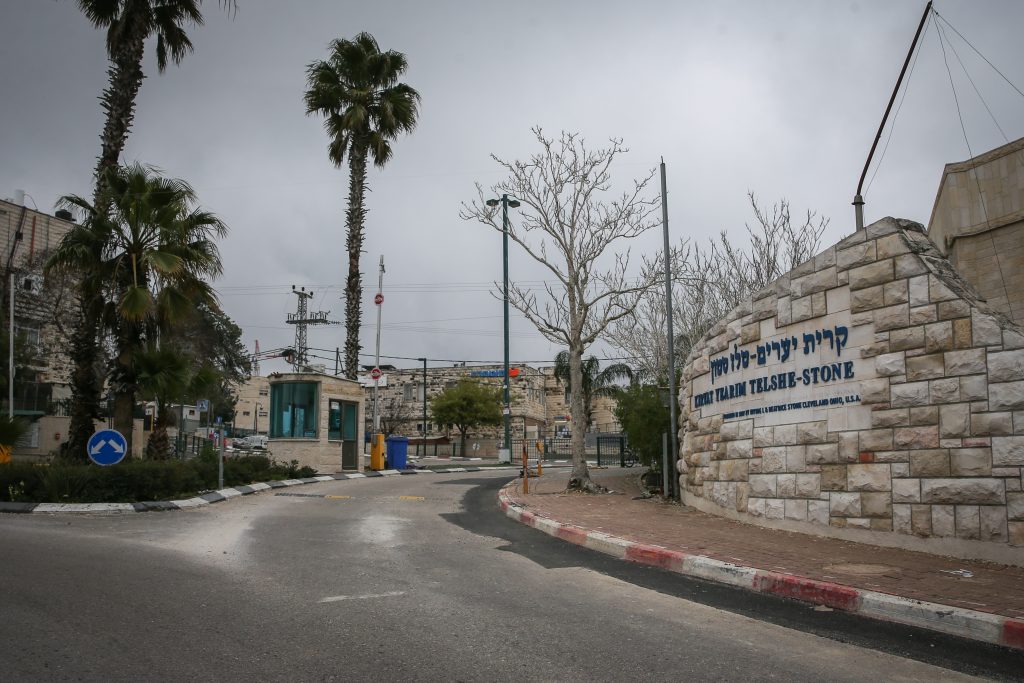 The head of the Telz Stone (Kiryat Yearim) council, Rabbi Yitzchak Ravitz, spoke Sunday night and Monday morning with senior officials in the Health Ministry and presented them with the council’s claims that it should not be included in the list of “red” cities that will face a lockdown from Monday night.

In addition, on Monday morning Rabbi Ravitz had a hearing with Maj. Gen. Roni Numa from the corona headquarters and explained to him that many of the residents listed as having tested positive  have not been in Telz Stone for several weeks, but are in their yeshivos, out of town.

In light of all this, it was decided that the council would not be included in the list of “red” cities and no closure would be imposed on the town.

Rabbi Ravitz thanked Maj. Gen. Numa for listening to the council’s claims and finding that they were true.

In March, a closure was enforced on Telz Stone after an outbreak. Telz Stone, in the Judean hills west of Yerushalayim, was initially called the “local coronavirus capital.”

One of the residents was infected by a relative who arrived from France, and then infected several more residents at a Purim party attended by dozens of local residents. Within a short time, it was learned that nearly a third of the town’s 6,000 residents had been exposed to the virus and went into complete isolation, and the number of people infected rose daily.

After a brief lockdown, the council had contained the spread.

Rabbi Ravitz said that he attributed the halt in the virus to several severe measures that were far stricter than those ordered by the Health Ministry.

On Sunday night, the government confirmed overnight curfews will be enforced on some 40 cities and towns hit hard by the coronavirus, after backing away from recommendations for full lockdowns after an uproar.

The government has been forced to take new action after failing to contain the second wave of the outbreak.

The curfews will go into effect Monday night at 7 p.m. and will last until 5 a.m. As of Monday morning, it remained unclear how long they will remain in place. People will not be allowed to venture more than 500 meters from their homes, and nonessential businesses will have to close.

The outbreak has raised concerns that the country could be forced to declare a nationwide lockdown during the upcoming chagim period, a time of widespread travel and large family gatherings.