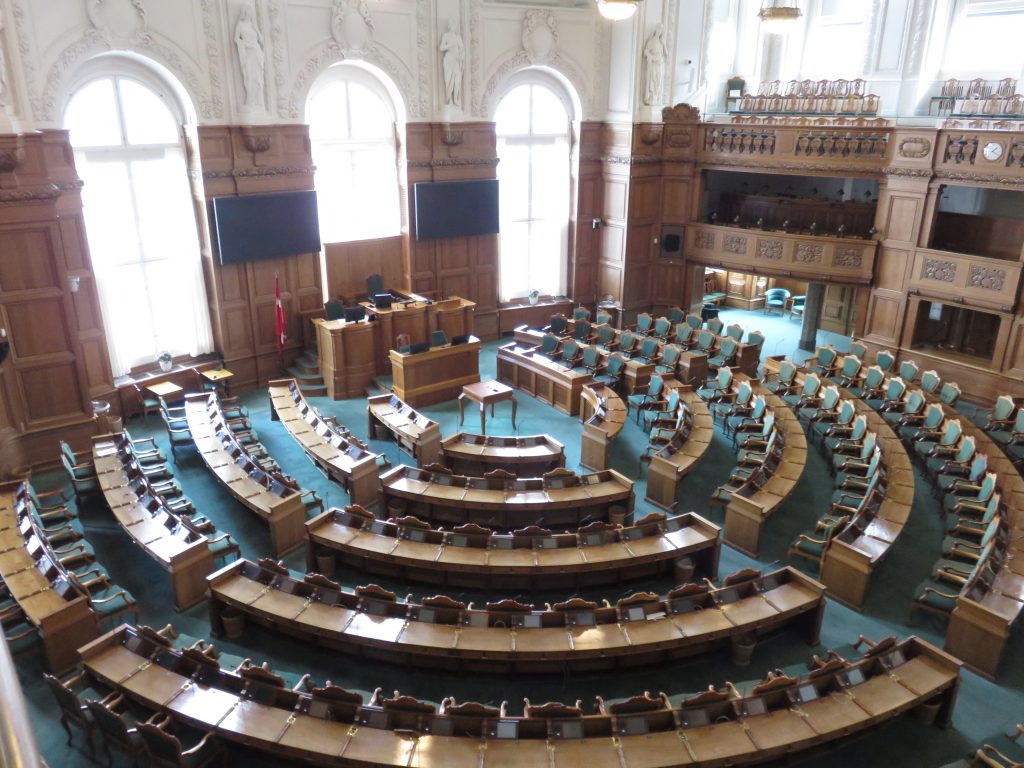 Denmark’s parliament is set to discuss a bill that would ban bris milah and other forms of religious circumcision. In the past, the measure has been blocked by leaders of several political parties, but the practice is once again under threat following renewed public pressure from opponents of the practice.

Denmark’s Chief Rabbi, Yair Melcior, who has been involved in advocacy on the matter, said that while the a vote or formal debate of the measure has not been scheduled, the renewed attention the ban received requires another round of lobbying to defend the rights of religious communities.

“We are confident that the parties have not changed their position, but as pressure grows, there is a need to have these discussions again to make clear our position and what this bill would mean to Jews and Muslims in Denmark,” he told Hamodia.

In 2018, a bill was sent to parliament that would have made it illegal for parents to have their sons circumcised for non-medical reasons until they are 18 years old and can opt for the procedure on their own. The measure was the result of a petition campaign by a “children’s rights” group, a popular movement in much of Western Europe that is often at odds with religious communities.

While the proposal enjoyed support from some 80 percent of Danes, it was opposed by mainstream political leaders who realized its success would make life untenable for observant Jews and Muslims in the country. At that time, Denmark’s health ministry consulted with several major medical organizations to form an official policy on the matter.

The paper produced stated unequivocally that circumcision posed no health risk if done within certain hygienic guidelines. Yet, after its publication, a group of anesthesiologists issued a public statement opposing circumcision without full anesthesia-which would present steep challenges for preforming circumcisions on new-born babies. The organization also voiced general opposition to allowing parents to choose to circumcise their children without their consent. Despite being criticized by the health ministry for failing to present any empirical evidence to back up its position, the anesthesiologist’s policy statement garnered support from several other medical organizations, providing and opening for media and child’s rights activists to question the validity of the government committee’s original findings.

At the same time, a former minister and current parliament member, Simon Emil Ammitzboll-Bille capitalized on the issue making it a key platform of a new left-wing political party he formed.

A report by the Jewish Telegraphic Agency quoted a statement from him saying that circumcision of children should not be permitted “in connection with an old, religious ritual.”

The topic has picked up increased attention in recent weeks in Denmark.

Despite continued opposition from the mainstream political leadership, pressure has built to allow for debate and for parties to allow their members to vote independently, rather than tying them to the party line.

Last year, Denmark held elections which brought many new members to parliament and shifted power to a center-left alliance of parties.

“The leadership of the government is still on the right side of this issue, but the question is how many of the new members feel that way,” said Rabbi Melcior. “We are cautiously optimistic that this bill will again be pushed aside, but we are not taking any risks and will be speaking with will be doing our utmost to make sure this does not come to be.”