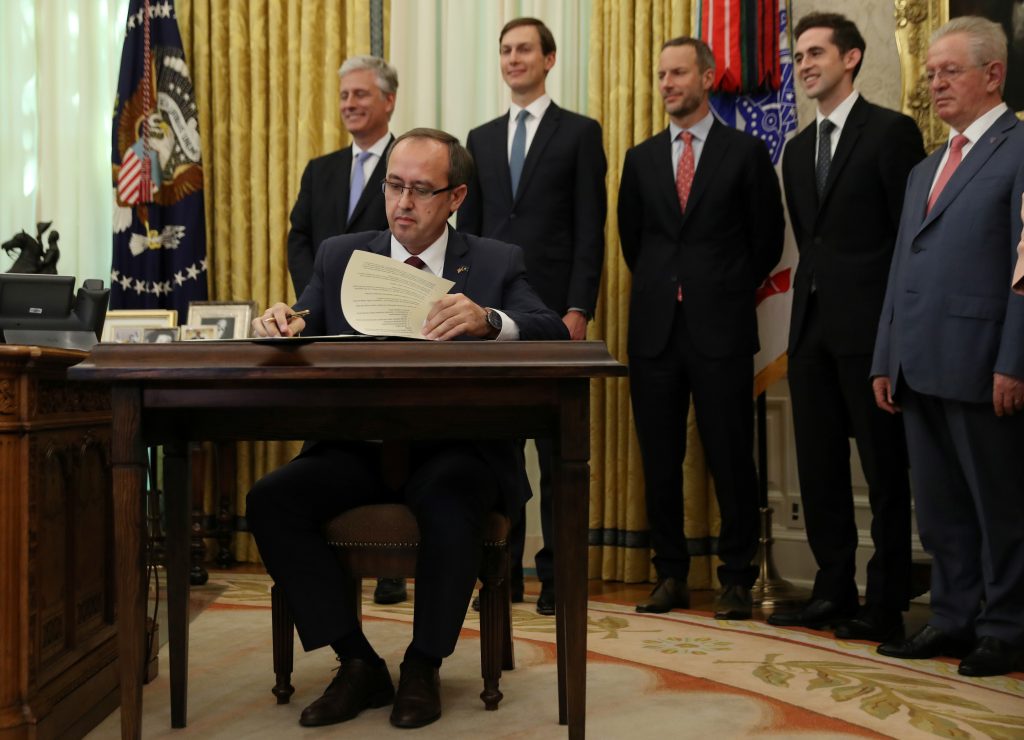 “Kosovo will be the first Muslim majority country to open an embassy in Jerusalem. As I have been saying in recent days, the circle of peace and recognition of Israel is expanding and additional countries are expected to join it.”

The announcement came shortly after President Donald Trump unveiled a historic accord on economic ties between Kosovo and Serbia, which also included Kosovo recognizing Israel and Serbia relocating its embassy to Yerushalayim.

During his meeting with Kosovo’s Prime Minister Avdullah Hoti, Trump called Netanyahu to congratulate the two leaders on the decision to establish formal diplomatic ties, the Prime Minister’s Office said.

At the meeting, Hoti also announced that the country’s diplomatic mission to Israel will be based in Yerushalayim.

Kosovo’s Parliament voted for its independence in 2008. It was recognized by some 114 states across the world, but Israel was not on that list.

This is now set to change under a breakthrough deal between Serbia and Kosovo brokered by the Trump administration.