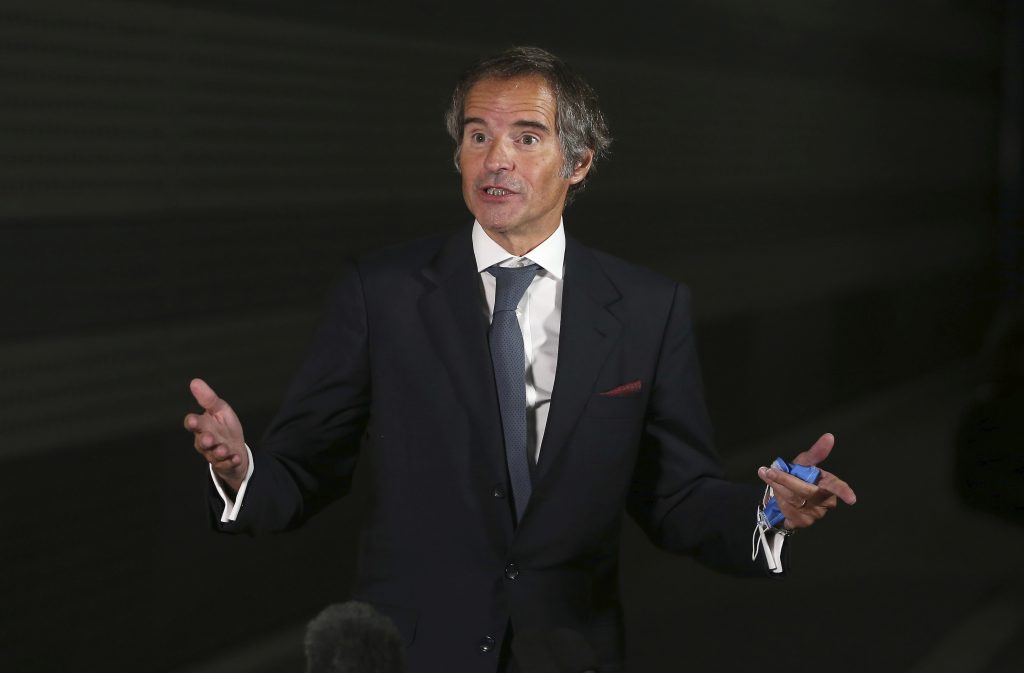 Iran continues to increase its stockpile of enriched uranium in violation of limitations set in a landmark deal with world powers, but has begun providing access to sites where it was suspected of having stored or used undeclared nuclear material and possibly conducted nuclear-related activities, the U.N.’s atomic watchdog agency said Friday.

The International Atomic Energy Agency reported in a confidential document distributed to member countries and seen by The Associated Press that Iran as of Aug. 25 had stockpiled 2,105.4 kilograms (2.32 tons) of low-enriched uranium, up from 1,571.6 kilograms (1.73 tons) last reported on May 20.

Iran signed the nuclear deal in 2015 with the United States, Germany, France, Britain, China and Russia. Known as the Joint Comprehensive Plan of Action, or JCPOA, it allows Iran only to keep a stockpile of 202.8 kilograms (447 pounds).

The IAEA reported that Iran has also been continuing to enrich uranium to a purity of up to 4.5%, higher than the 3.67% allowed under the JCPOA. It said Iran’s stockpile of heavy water — which helps cool nuclear reactors — had decreased, however, and is now back within the JCPOA limits.

The nuclear deal promised Iran economic incentives in return for the curbs on its nuclear program. President Donald Trump pulled the U.S. out of the deal unilaterally in 2018, saying it needed to be renegotiated.

Since then, Iran has slowly violated the restrictions to try and pressure the remaining nations to increase the incentives to offset new, economy-crippling U.S. sanctions.

Those countries maintain that even though Iran has been violating many of the pact’s restrictions, it is important to keep the deal alive because the country has continued providing the IAEA with critical access to inspect its nuclear facilities.

The agency had been at a months-long impasse over two locations thought to be from the early 2000s, however, which Iran had argued inspectors had no right to visit because they dated to before the deal.

In its report, the IAEA said inspectors had already visited one site and would visit the other this month.

It didn’t detail their findings.

The ultimate goal of the JCPOA is to prevent Iran from developing a nuclear bomb, which Iran insists it does not want to do.

Still, since the the U.S. withdrawal, it has stockpiled enough enriched uranium to produce a weapon.

According to the Washington-based Arms Control Association, Iran would need roughly 1,050 kilograms (1.16 tons) of low-enriched uranium — under 5% purity — in gas form and would then need to enrich it further to weapons-grade, or more than 90% purity, to make a nuclear weapon.

Before agreeing to the nuclear deal, however, Iran enriched its uranium up to 20% purity, which is just a short technical step away from the weapons-grade level of 90%. In 2013, Iran’s stockpile of enriched uranium was already more than 7,000 kilograms (7.72 tons) with higher enrichment, but it didn’t pursue a bomb.