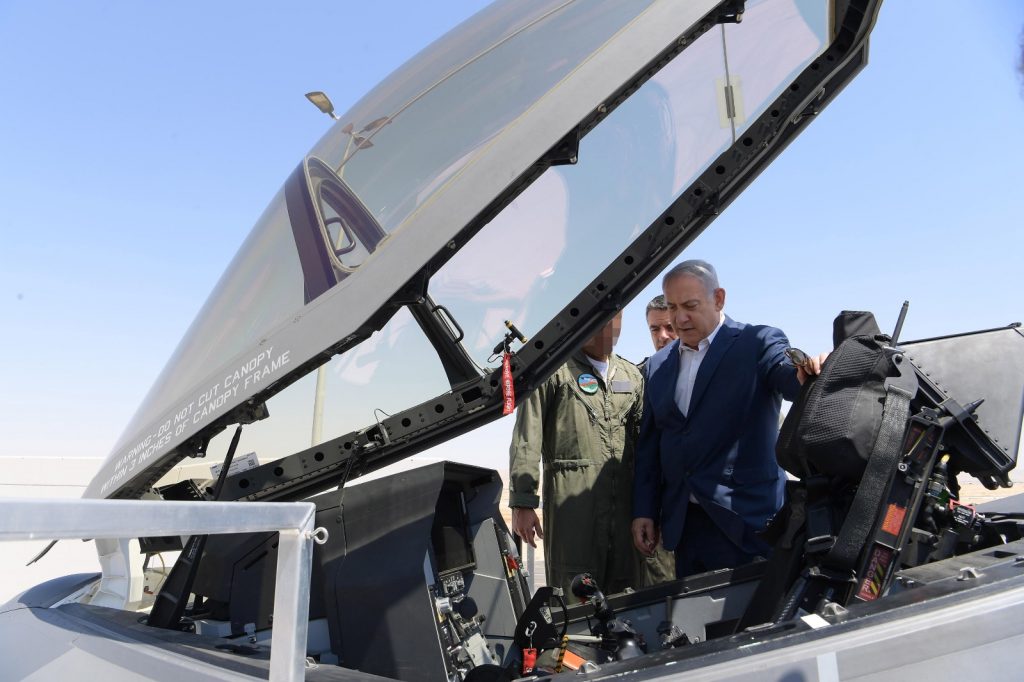 Prime Minister Binyamin Netanyahu has privately removed any opposition to the sale of American F-35 fighter jets to the United Arab Emirates, despite publicly saying repeatedly that he is against the deal, according to a New York Times report.

Netanyahu chose not to try to block the deal as he took part in a broader effort in recent months to secure a diplomatic breakthrough normalizing relations between Israel and the Emirates, the officials told the Times. President Donald Trump announced the initiative to great fanfare last month, without mentioning the arms discussions that were proceeding on a parallel track.

But after news of the arms sale became public last month, Netanyahu repeatedly denied that he had given assurances to the Trump administration that Israel would not oppose the Emirati arms deal. The officials said that Netanyahu’s public statements were false. He then stopped publicly complaining about the proposed arms sale after a meeting with Secretary of State Mike Pompeo in Israel last week that brought Netanyahu back in line, the officials said.

The White House has accelerated its push in recent weeks to sell a package of cutting-edge weapons to the Emirates, including F-35 fighter jets and Reaper drones. The deal also includes EA-18G Growler jets — electronic warfare planes that pave the way for stealth attacks by jamming enemy air defenses. That element of the package has not previously been reported. Only the U.S. and Australia have Growlers in their air forces.

The centerpiece of the deal, however, are the F-35 fighter jets, which the UAE has sought to purchase for several years. The sale has seemingly been held up due to a U.S. commitment to protect Israel’s military edge in the region, which would preclude selling weapons of the same caliber to both Israel and Arab states without an okay from Israel.

The report also quoted Hussein Ibish, a researcher at Washington’s Arab Gulf States Institute, who said officials from the U.S., UAE and Israel all told him Netanyahu gave the weapons deal a green light.

Netanyahu told the Emiratis that “there would not be substantive and categorical opposition,” he said.

While the Emirates initially reacted angrily to Netanyahu’s comments against the deal, U.S. officials have since made clear to them that the sale remains on the table and Netanyahu’s comments were intended to soothe a public outcry over the sale, according to the report.

Defense officials, analysts and politicians, including from the Likud Party, raised a hue and cry after news of the deal first broke last month in Yediot Acharonot, which Netanyahu derided as “fake news.”

Among those expressing concern was Defense Minister Benny Gantz, who had been kept out of the loop on normalization efforts with the UAE, but has since spoken out strongly against the sale.

U.S. officials and some Netanyahu allies insist that the jets would not erode Israel’s military edge as they would be used to defend against the common enemy of Iran, as well as the fact that the UAE and Israel are now moving to cement their alliance. But others fear that the planes could be passed to another country or be used against Israel.

By law, any sale that could potentially harm Israel’s military edge must go through Congress, which can vet it according to that rubric. While Israel cannot actually stop a sale, open opposition to one could seriously hamper a deal moving forward, with Congress unlikely to go against Israel’s wishes publicly.

Abu Dhabi has indicated that while there is no direct link between the diplomatic initiative and the arms sales, normalization with Israel should make it easier to push the deal through.

Israel Ambassador to the U.S. Ron Dermer told The New York Times in a statement that it “is not true” that Netanyahu okayed F-35 sales. He added that the Trump administration remained committed to protecting Israel’s military edge.