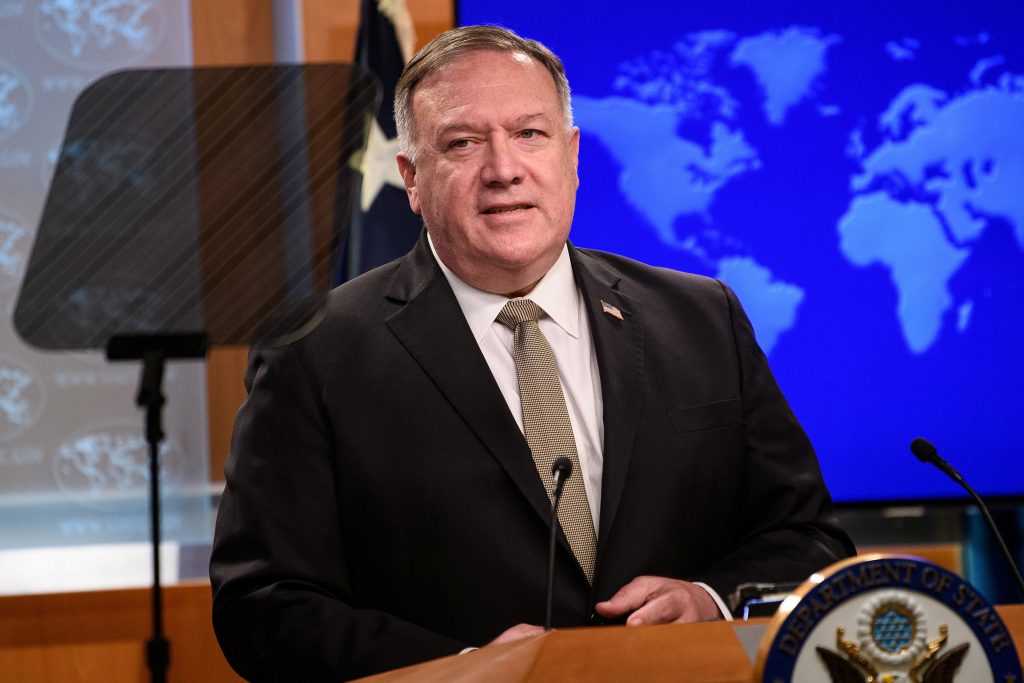 Secretary of State Mike Pompeo on Wednesday defended his appearance from Israel at the Republican National Convention last week, saying he did this in his personal capacity and a State Department review concluded that it was lawful.

Pompeo, a Trump appointee often believed to harbor presidential aspirations, addressed the convention in a recorded video from a Yerushalayim rooftop during an official trip. Critics said he broke with decades of protocol in using his appointed office for partisan purposes.

“The State Department reviewed this, it was lawful and I personally felt it was important that the world hear the message of what this administration has accomplished,” Pompeo said in a news conference at the State Department.

In his remarks to the Republican convention, Pompeo described what he called Trump’s foreign policy successes, including the president’s decision to move the U.S. Embassy in Israel to Yerushalayim and holding talks with North Korean leadership.

Pompeo‘s address also appeared to violate his own instructions restating the department’s prohibition on political activities – which applies to official and private time – sent to personnel in a July 24 cable reviewed on Monday by Reuters.

The chairman of a Democratic-led U.S. House of Representatives subcommittee said it was launching an investigation into whether Pompeo‘s convention appearance broke federal law and regulations.