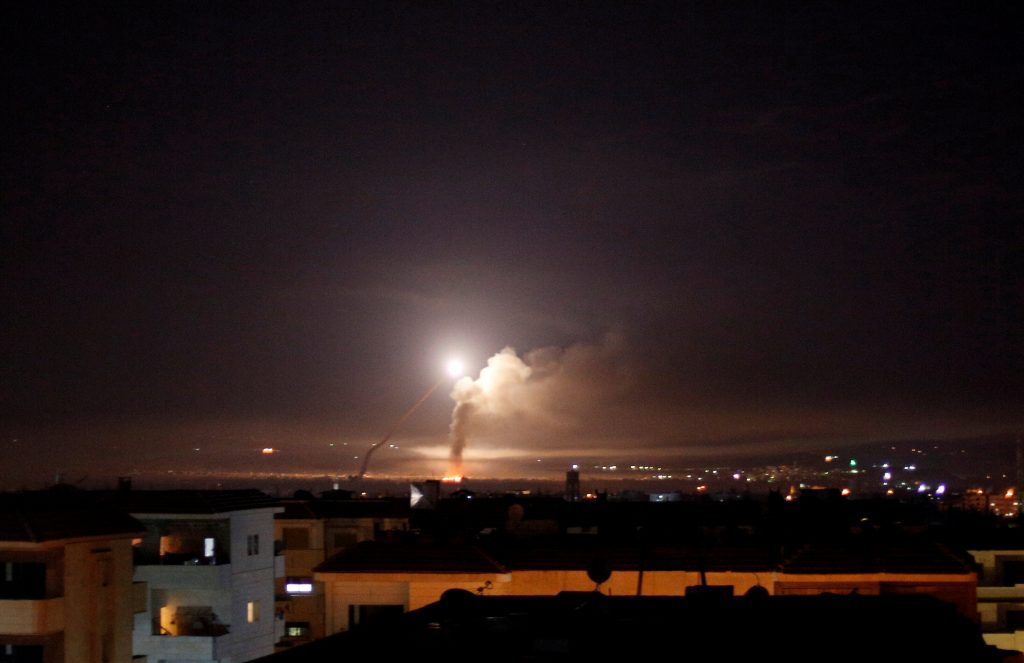 Syrian air defenses opened fire late Wednesday on missiles allegedly launched by Israeli warplanes at a military airbase in the central province of Homs, shooting down some of them, state media said.

State news agency SANA said the Israeli warplanes fired the missiles from southern Syria soon after 10 p.m. The missiles were aimed at the T-4 airbase in Homs province, SANA said. The Syrian air defenses intercepted most of the incoming missiles, SANA added. It said that there was only material damage but didn’t specify if it was inside the base.

There were also Israeli strikes Monday night, reportedly hitting military posts south of the capital of Damascus and killing two Syrian soldiers and wounding seven others.

Israel rarely comments on such reports, but is believed to have carried out dozens of raids targeting Iran’s military presence in Syria.

Since June, Syria has accused Israel of conducting at least nine air raids on its territory.

Iran, a key ally of the Syrian government, is considered by Israel a regional and security threat. Israel has vowed to prevent any permanent Iranian military buildup in Syria, particularly near the frontier.

In recent months, Israeli officials have also expressed concern that Hezbollah, the Iran-backed Lebanese militant group that operates in Syria, is trying to establish facilities to produce precision-guided missiles. Tensions have also risen along the Israel-Lebanon border.