Regional ‘He Better Have An Army’: Gov Cuomo Knocks Trump After Threat To Defund ‘Lawless’ Cities Like New York
Regional 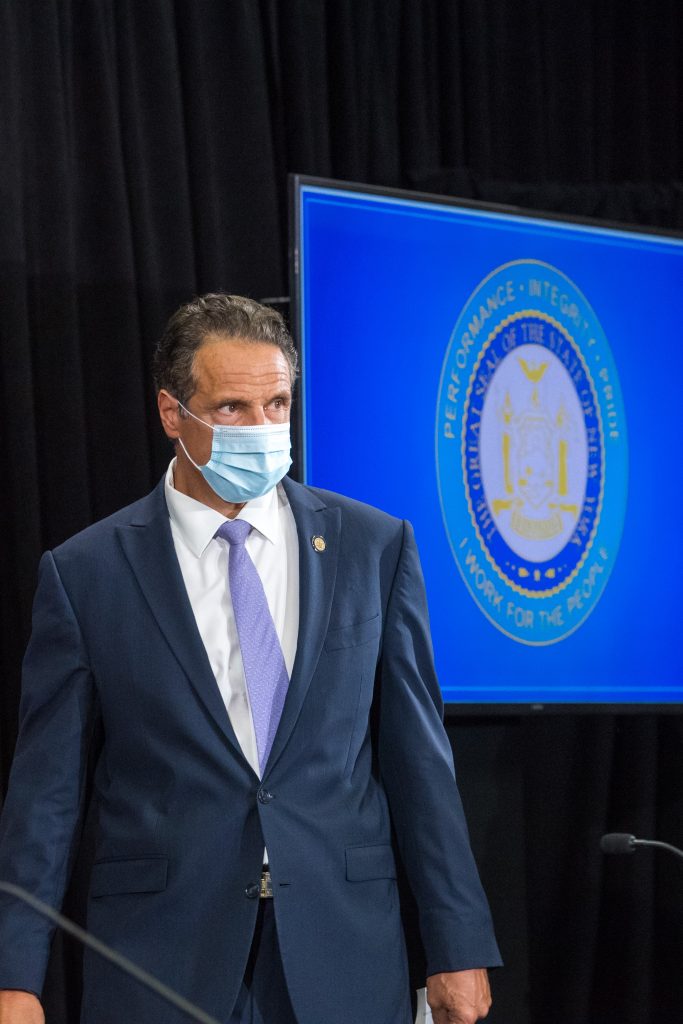 “He can’t have enough bodyguards to walk through New York City,” Governer Cuomo told reporters during a conference call on Wednesday evening. “Forget bodyguards. He better have an army if he thinks he’s going to walk down the streets in New York.”

After Trump moved to slash federal funding from several cities his administration labeled as “anarchist jurisdictions” late Wednesday, specifically singling out New York, Cuomo shot back. The commander in chief, he said, was “persona non grata” in their shared hometown.

“From the point of view of New York City, [Trump] has been the worst president,” Cuomo said. “President Ford said drop dead. President Trump has been actively trying to kill New York City ever since he was elected.”

The sharp comments – perhaps Cuomo’s strongest rebuke yet – raised so many eyebrows online that a senior adviser to the governor later had to issue a clarification: No, Trump would not literally need protection on the streets of Manhattan, he said. The president had simply abandoned New York, he claimed.

But Cuomo’s words nonetheless underscore just how frosty the president’s connection to his hometown has become. Trump, for his part, had already complained about being “treated very badly” by New York political leaders when he moved his official residence to Florida last year.

As protests about police brutality and racial injustice have swept across the nation this summer, Trump has repeatedly urged a crackdown on the unrest – a move that many critics view as an intentional part of his campaign strategy.

He amped it up a notch this week. As The Washington Post’s Jeff Stein reported, the White House’s Wednesday memo signaled his intention to restrict federal funding from places the administration labels “anarchist jurisdictions.”

The document instructed the Justice Department to identify cities that have allowed “themselves to deteriorate into lawless zones,” including through moves to “defund the police.” The White House highlighted ongoing unrest in four coastal metropolises: Portland, Ore.; Seattle; Washington, D.C. – and, of course, New York.

The White House’s Wednesday seized on New York’s recent rise on crime. The memo claimed that state and local officials allowed looting to go on for a week and bemoaning a year-over-year surge in shootings. After the New York City Council slashed its $6 billion police budget by about $1 billion, it noted, the agency disbanded some anti-crime units but rejected the White House’s offer to send in federal law enforcement.

Cuomo did not address that point on the conference call, instead concentrating largely on the federal government’s much criticized response to the pandemic. Amid some Trump-Cuomo family feuding, the governor did get personal – fast.