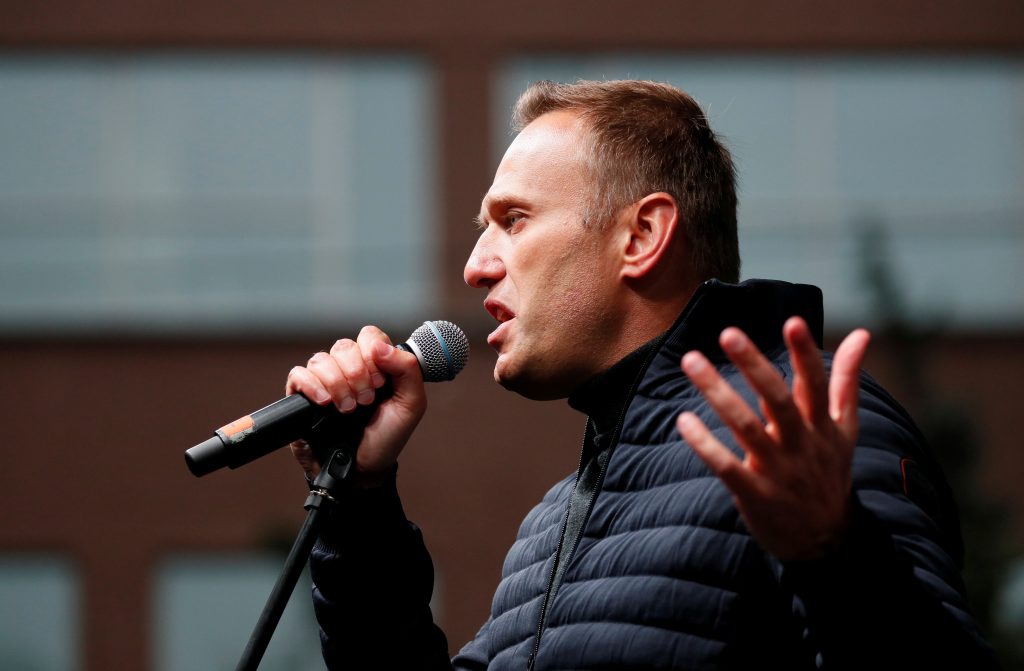 Alexei Nalvany, the Russian opposition leader and fierce critic of the Kremlin and corruption among the elite, may have been poisoned with a nerve agent, according to the German hospital where he is being treated. Nalvany is currently in a coma, but his condition has improved and he is expected to survive.

On Wednesday, German Prime Minister Angela Merkel said an “attempted murder through poisoning against a leading Russian opposition figure” would lead to “difficult questions” for Russian authorities, according to Reuters. The perpetrators, she warned, would be held accountable for their attempt on Nalvany’s life.

“Alexei Navalny was the victim of an attack with a chemical nerve agent of the Novichok group,” Merkel said. “This poison could be identified unequivocally in tests.”

Navalny’s political allies were explicit with their blame and have publicly accused Russian President Vladimir Putin of authorizing the assassination attempt.

Navalny collapsed in agony while on a flight to Moscow on August 20th. The plane was rerouted to the Siberian city of Omsk, and he was rushed to the hospital. A spokeswoman for Navalny posted on social media that day that the tea he drank that morning may have been sprinkled with poison.

Various European countries expressed concern that such a prominent political activist had collapsed so suddenly, especially as Navalny, who is an outspoken protestor against Putin’s government, was believed to have survived an attempted poisoning in 2019, when he was sickened by an unknown chemical.

On August 22nd, Navalny, still unconscious, was evacuated to Germany for medical treatment, along with his wife. His political allies accused Russian authorities of trying to deter him from leaving.

Once in Germany, doctors singled out the artificial chemical Novichok as the cause of Nalvany’s condition. This only added to the suspicion that Russian authorities were behind the poisoning, as Novochik was created in a Soviet chemical weapons program. The deadly nerve agent has been used in the mysterious illnesses of other Russian political dissidents; in 2018, former spy Sergei Skripal and his daughter, Yulia, were dangerously sick for weeks after Novochik was sprayed on the door of their home in Salisbury, England. They were not the only victims; a local British couple found the cannister of Novochik, disguised as perfume, and brought it home with them. Both of them grew sick, and the woman, who had innocently sprayed it on herself, died. A police officer who examined the Skripal’s home came in contact with the Novochik and was in the hospital for weeks. After the 2018 poisoning, Novochik was added to the Chemical Weapons Convention, an international treaty of banned chemical weapons.

Alexander Litvinenko, a Russian dissident and prominent critic of Putin, died of radiation poisoning in 2008. London’s Metropolitan Police Service concluded that the radioactive chemical polonium was slipped into his tea at a restaurant.

Navalny has emerged as one of the highest profile government critics in Russia in recent years, when he was arrested as one of the organizers of the wave of protests against Putin in 2011. A lawyer by trade, Navalny studied in Yale on a fellowship when he was younger. A leader of Russia’s political opposition, Navalny has been barred from running for office, and government officials have attempted to bar him from public speaking and protests. Novalny’s main channel is social media, where he posted videos investigating corrupt corporations and political malfeasance to millions of viewers. He was heavily involved in encouraging people to run for office and vote, and was credited for the election of opposition candidates in major cities like Moscow.

The poisoning of Nalvany is another example on the long list of Russian actions that have cooled relations with the European Union and the United States. Russia’s supplying of weapons to Syrian dictator Bashar al-Assad, invasion of Crimea in 2014, and election interface in the 2016 and 2020 elections have turned Russia into an international boogeyman and prompted economic sanctions from the West.

Major political change in Russia has not occurred in response. On the contrary, Russian voters approved a constitutional amendment to allow Putin to rule through 2035.