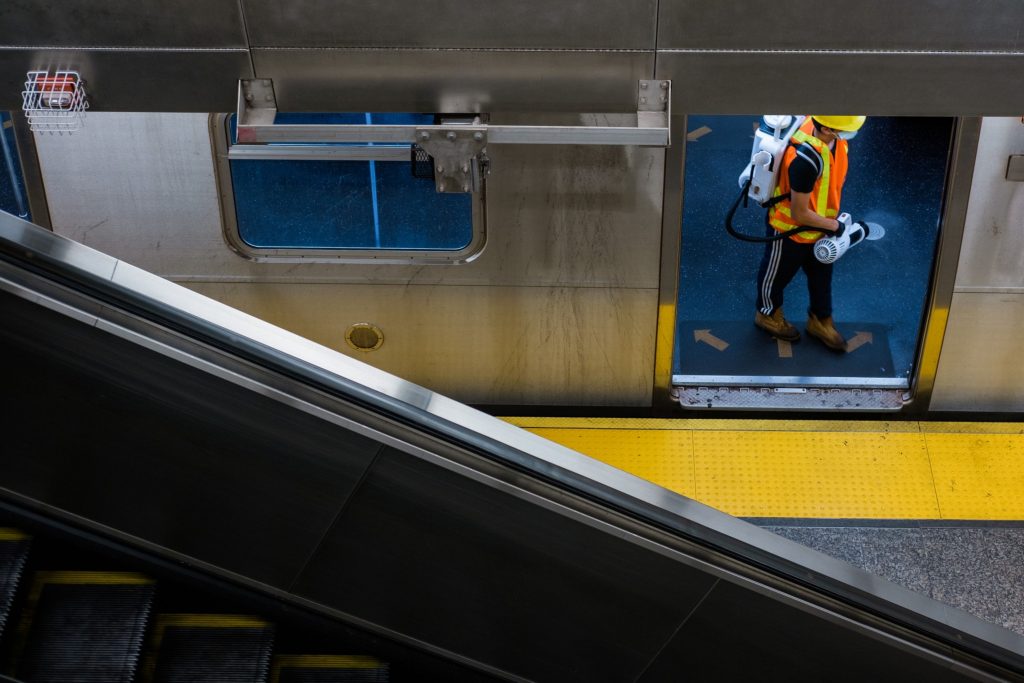 New York’s Metropolitan Transportation Authority may cut service and lay off employees before or during November if the federal government fails to allocate more funds to help cover revenue losses during the coronavirus outbreak.

The MTA, the nation’s largest mass-transit system, warned last week it would need to slash subway and bus service by 40% and commuter rail lines by 50% absent additional federal aid. The agency, which is seeking $12 billion from Congress to cover budget gaps through 2021, may also eliminate nearly 8,400 jobs.

The agency, which had $45.4 billion of debt as of July 8, would need to execute those changes at or before its November board meeting, when the MTA plans to approve its 2021 operating budget, Pat Foye, MTA’s chief executive officer, said Thursday during a Reuters Newsmaker interview. MTA’s ability to maintain the system is also at risk and major infrastructure projects will stall without the federal help, Foye said.

“The system will begin to decline as it did in the 70s and the 80s,” Foye said. “And that feeds on itself and has economic consequences as well as operating and service consequences.”

The MTA is projecting a $16 billion deficit through 2024. Along with the potential service reductions and layoffs, it may also boost fares higher than the 4% increase planned for 2021.

Ridership on the system has fallen dramatically as people work from home or avoid taking subways, buses and commuter trains.

Foye has said the MTA is now focused on survival and that the system is key to the region’s economy.

“Not advancing that funding in the middle of a pandemic with 20% unemployment or higher in New York City and the region is punitive, it’s wrong and it’s not in the national interest,” Foye said.