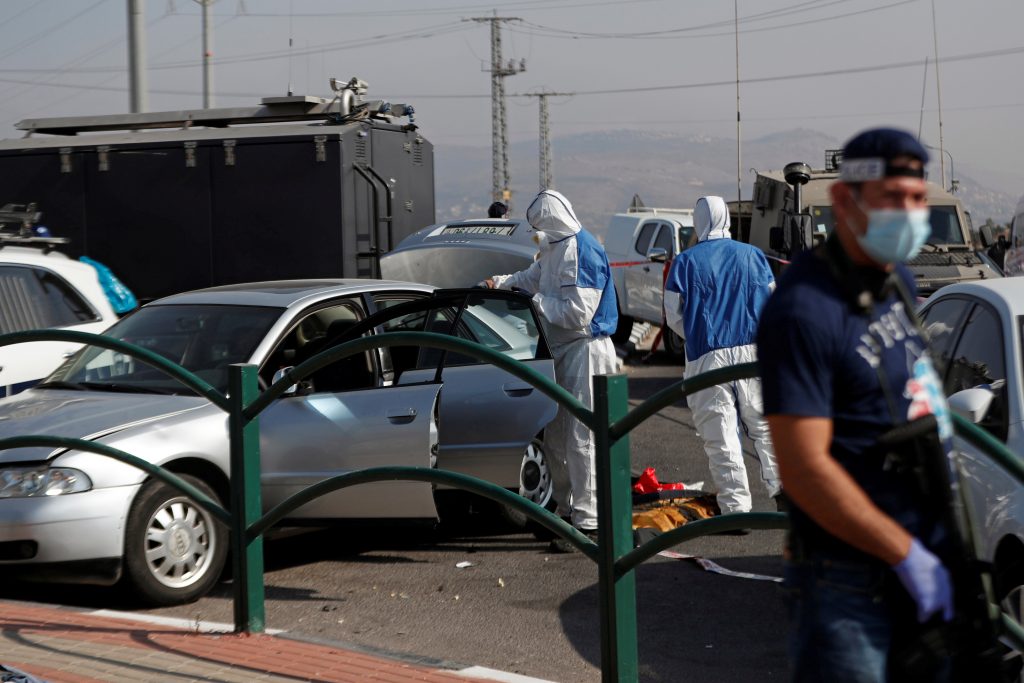 Two Jews were wounded when they were struck by a vehicle in a terrorist ramming attack in the Shomron on Wednesday morning.

The attack occurred at the Tapuach junction, near Kfar Tapuach in the Shomron, when a terrorist rammed a group of Israeli security personnel, wounding two of them, before exiting his vehicle and charging police officers with a knife.

An Israeli police officer shot and wounded the Palestinian driver.

The soldier and the policeman were lightly wounded while the attacker was moderately wounded, the IDF said.

Security camera footage from the incident showed a silver vehicle appearing to accelerate and collide with a parked police car.

The terrorist is in moderate condition.

Both of the victims are said to be in light condition.

Emergency first responders from MDA were dispatched to the scene and provided first aid to the two victims before evacuating them to Beilinson Hospital in Petach Tikvah.

Initial reports have identified the victims as an IDF soldier and a police officer.

The IDF Spokesperson’s Unit said that the incident is currently being investigated but is believed to be a deliberate terror attack.