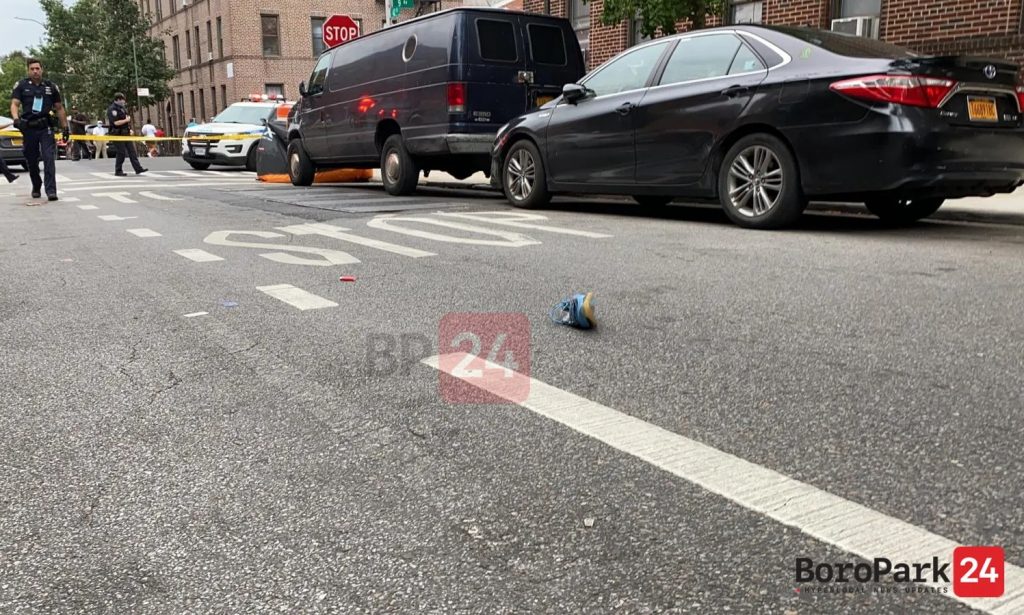 Boro Park experienced two violent incidents on Wednesday afternoon, September 2, as one person was shot and another person was stabbed within one block of each other.

At 5:00 pm, a male in his 30s was shot in the neck at 9th Avenue and 42nd Street, and he was rushed to Maimonides Medical Center in a private vehicle. The victim later died from his wounds at the hospital.

A member of Boro Park Shomrim happened to be near the crime scene at the time, and he assisted the police, who recovered a firearm in the vicinity.  Nearby streets were cordoned off as police investigated and questioned people in the area.

Although there has been a serious uptick in shootings in New York City in recent weeks, this is the first reported shooting in the 66th Precinct, which covers Boro Park, for this year.

Minutes after the shooting, at 5:08 pm, a dispute broke out at a nearby intersection, and a person was later found stabbed in an alley at 928 41st Street, one block away from the shooting scene.

Police were unsure if the stabbing was connected to the earlier shooting, and they reported that a suspect fled the scene in a vehicle.

The stabbing victim` was transported to Maimonides hospital as well, and his injuries were described as non-life threatening.