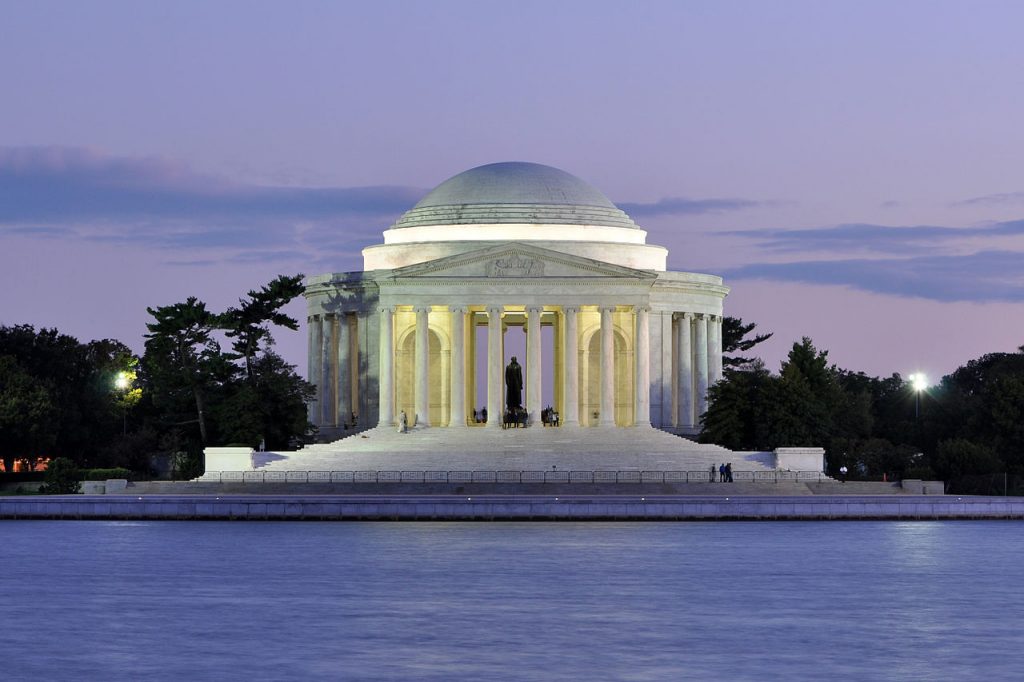 In a summer when President Donald Trump has picked fights with liberal mayors of American cities, District of Columbia Mayor Muriel Bowser gave him ammunition Tuesday with a surprising gesture: publishing a sweeping list of historical figures whose names should be removed from public property or “contextualized,” including the Washington Monument and the Jefferson Memorial.

The White House lashed out, calling the moderate Democrat a “radically liberal mayor.” Bowser quickly retreated, modifying the document to remove mention of specific federal properties over which the District has no control.

Even those who support a public reconsideration of whom the nation honors were left wondering whether Bowser had harmed the city’s political standing or the status of a historic renaming project that many view as vitally important for this majority-minority city.

“The mayor usually has very good political instincts. I was just surprised that this came out now, quite frankly,” said Barbara Lang, the former CEO of the District Chamber of Commerce. She said she got texts from friends involved in local politics: “Why are we doing this now?”

Lang said she is deeply concerned about racial justice, which she said might include how the city honors historical figures such as Alexander Graham Bell (an inventor who also believed in eugenics and has a District high school named for him) and slave-owning presidents James Monroe, John Tyler and Zachary Taylor.

Indeed, the racial strife of the present moment has her thinking back to her childhood in Jim Crow-era Florida, when she sat in the front of a bus as a 9-year-old Black girl and an angry White man sat right on top of her.

Still, she believes Bowser should have waited to publish the report until after the presidential election, rather than give Trump another reason to attack the city.

To a Democratic strategist working on a 2020 campaign, the wide-ranging list of problematic names was not representative of a serious debate going on in the party, save perhaps for its left-most fringe.

“Democrats need to keep their eye on the ball and not say things that are, on balance, a loser when everything is on the line,” said the strategist, who spoke on the condition of anonymity because he was not authorized to speak on the matter.

Neither the mayor, her top advisers nor the authors of the list would discuss it Wednesday, a mayoral spokeswoman said.

Republicans in Congress castigated Bowser for the report, which was submitted by a committee that she put together but did not serve on and was released Tuesday by her office.

Many pointed to the page that Bowser removed from the document, which listed eight federal sites that the mayor could consider asking the federal government to “remove, relocate, or contextualize.” The list included the statue of Confederate Gen. Albert Pike that the District has long endorsed removing and that was toppled by protesters June 19, but also world-famous sites such as the Jefferson Memorial and Washington Monument – both named for presidents who owned enslaved people.

Bowser had kept relations with Trump and congressional Republicans mostly cordial until this summer, when demonstrations over the killing of George Floyd in Minneapolis police custody led her to join protesters on the streets outside the White House and order a huge Black Lives Matter mural painted, along with the District flag, on the asphalt.

She pushed back hard against the president’s use of federal law enforcement personnel to control demonstrators and took to taunting the president on Twitter. She also said the federal interference in city affairs exemplified the importance of District statehood, an argument that took center stage this summer when a sharply divided U.S. House of Representatives approved a statehood bill for the first time in history.

Josh Burch, founder of Neighbors United for D.C. Statehood, said he took issue with the timing and rollout of the report, noting that Sen. Lindsey Graham, R-S.C., tweeted that the idea of renaming monuments is “beyond offensive” and “Yet another reason DC should never be a state!”

Aside from the one page on federal monuments that was deleted because of the controversy, the report’s other 23 pages call for renaming 21 public schools, 12 recreational facilities, six public housing complexes and other sites. The names that the committee wants taken down include those as well-known as presidents Thomas Jefferson, on a middle school and a sports field, and Woodrow Wilson, on a high school.

“If not now, when?” she said. “This is something that’s in our face on a daily basis. And it’s very hurtful for those of us that have to relive that every day. Every day, that pain gets compounded.”