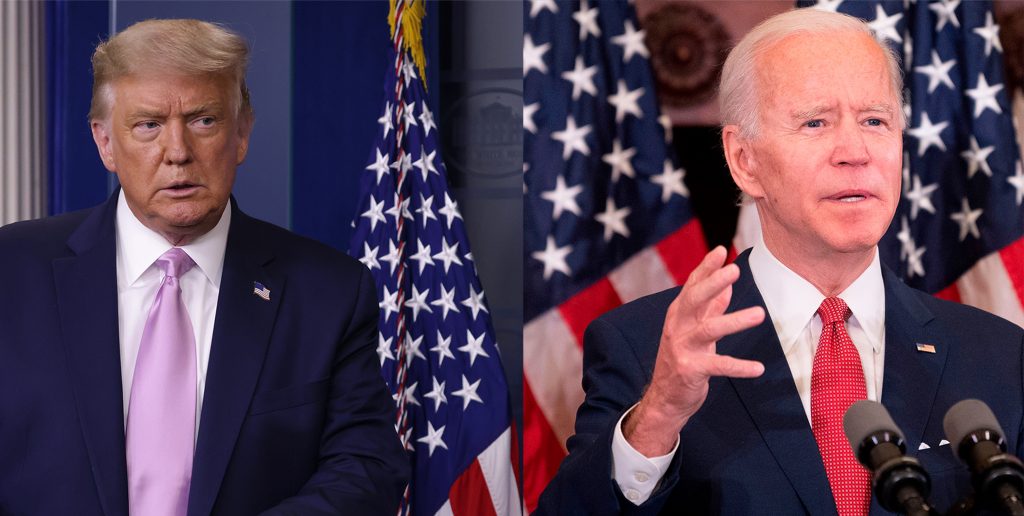 The presidential race in Pennsylvania is now almost neck and neck after both parties’ national conventions, according to a new poll, with President Donald Trump gaining ground on Democratic nominee Joe Biden.

Among likely voters, the race is even closer.

It’s the first public survey of the state released after both parties pressed their cases to voters in nationally televised conventions in late August. And it comes as both parties have blanketed Pennsylvania this week: Biden delivered a major speech Monday in Pittsburgh, Trump’s daughter-in-law, Lara Trump, also campaigned in Bucks County that day, Vice President Mike Pence spoke Tuesday in Northeast Pennsylvania, and the president is expected Thursday in Southwest Pennsylvania.

Trump has made significant gains among men, voters under the age of 50, and a sliver of voters who seem open to his warnings that Democrats would bring ruin to the suburbs. Trump has also eaten into Biden’s lead among college-educated white voters.

“This is really a game of inches,” said Patrick Murray, director of the Monmouth University Polling Institute. “The Trump campaign is looking to peel off a little bit of Biden support here and a little bit there. It may be working, despite the fact that Pennsylvania voters personally like the Democrat more, although this gap has narrowed.”

Pennsylvania was decided by less than 1 percentage point in 2016, so small shifts in almost any region or demographic could make the difference this time.

Both parties have long said they expected the 2020 race to tighten in Pennsylvania, and the poll began the day after the Republican National Convention, which often provides a bump for the GOP nominee.

Most interviews for the Monmouth survey were completed before Biden’s speech in Pittsburgh on Monday, in which he spoke out forcefully against riots and looting, and argued that Trump is fanning divisions and making the country less safe.

Biden leads big among women, 59% to 35%, but Trump has widened his advantage with men, according to the Monmouth poll. Men back the president 56% to 37%, up from a 2-point edge in July.

White, college-educated voters, who have largely rejected Trump and the GOP in recent elections, support Biden by 18 percentage points, but that’s down from 27 points in July.

And among Pennsylvania voters of color, Biden still has an overwhelming majority — 72% — but now 9% say they are undecided, compared with just 3% in July.

“The Republican convention attempted to sow some seeds of doubt among core Democratic blocs, especially young and urban voters,” Murray said. “It looks like they may have had a small amount of success with that, at least for now.”

Biden now has a 48% favorable to 46% unfavorable rating, a net four-point improvement from July. Some 44% of Pennsylvania voters have a favorable opinion of Trump and 51% see him unfavorably. But that net approval rating of negative-7 compares to negative-14 in July.