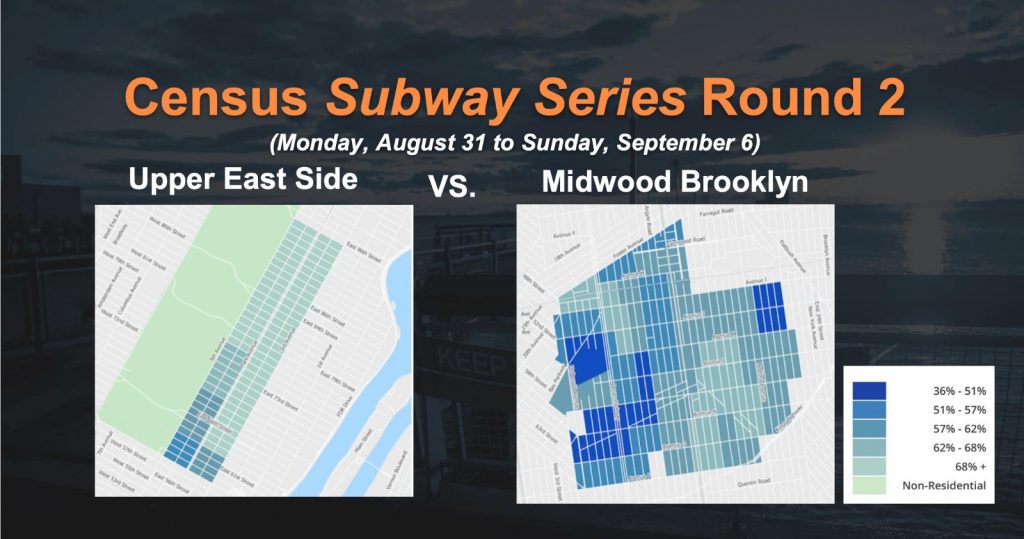 To encourage New York City residents to register in the 2020 census, the city is running a series of friendly rivalries between neighborhoods to compete which community can achieve a higher rate of response to the census.

With 28 days left to be counted in the census, the city is at risk of being undercounted and consequentially losing hundreds of billions in federal funds, as well as political representation in Congress.

Amidst the pandemic, the federal government abruptly announced the census would be ending several weeks early, sending state governments scrambling to ensure as many residents as possible were counted.

Rates of response for New York City is currently under 60%, while the national average is 65%. In some neighborhoods, the response rate hovers around a measly 40%.

The Census Subway Series was held last week between Jamaica Queens and Canarsie in Brooklyn, and the competition was found to be a useful motivator for people to respond. Both neighborhoods raised their rates within a week by approximately a percentage point.

In addition to neighborhood rivalries, the city is offering New Yorkers who complete the census a chance to be entered to win gift cards from food delivery services and ride sharing apps, as well as a yearly membership to museums and the Citi Bike.

This coming week, the two neighborhoods competing will be Midwood in Brooklyn versus the Upper East Side in Manhattan.

Ready, set, fill out the census!