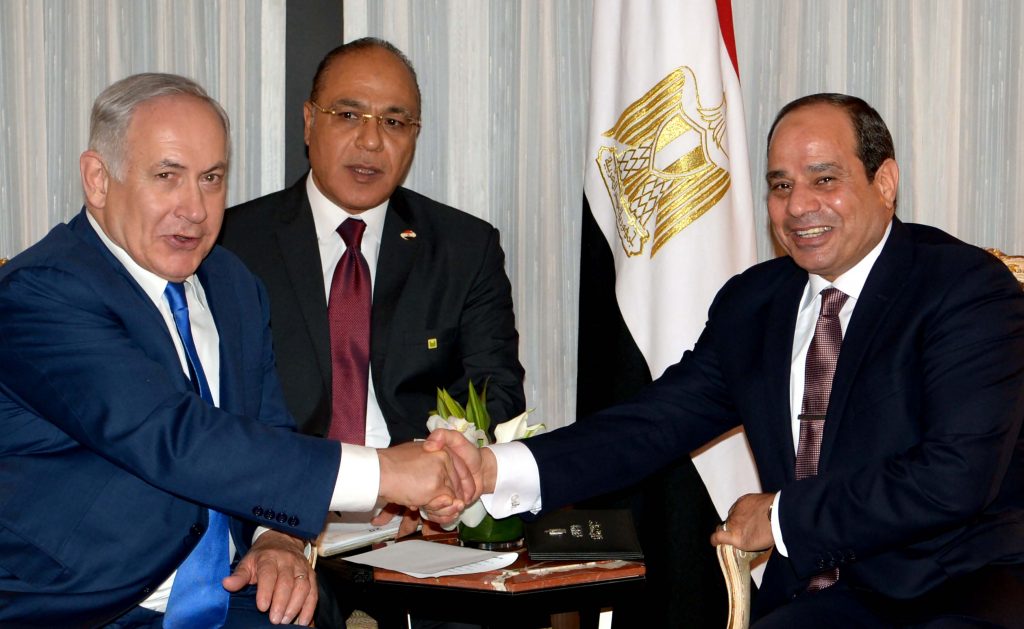 Israeli Prime Minister Binyamin Netanyahu‏‏ thanked Egyptian President Abdel Fattah El-Sisi for his support of the normalization process with the UAE in a phone conversation on Wednesday.

Netanyahu also expressed appreciation for Egypt’s efforts as an intermediary with Hamas aimed at stabilizing the Gaza border, for assisting in the return of Israeli prisoners and missing citizens held by Hamas, according to a statement from the Prime Minister’s Office.

Sisi voiced his support for “any steps that would bring peace” to the region, according to the Egyptian President’s office.

He also welcomed measures that “preserve the legitimate rights of the Palestinian people, allow for the establishment of their independent state and provide security for Israel.”

The Egyptian leader welcomed news of the Israeli accord with the United Arab Emirates the day it was announced, August 13, stressing the view that it was also good for the Palestinians.

“I followed with interest and appreciation the joint statement between the United States, United Arab Emirates and Israel to halt the Israeli annexation of Palestinian lands and taking steps to bring peace in the Middle East,” Sisi said on Twitter.

Sisi’s inclusion of the Palestinians in the discussion did nothing to deter them from condemning it as a “betrayal” of their cause. Netanyahu, for his part, has trumpeted the takeaway that it shows the Palestinians no longer have a “veto” on peacemaking in the Middle East.