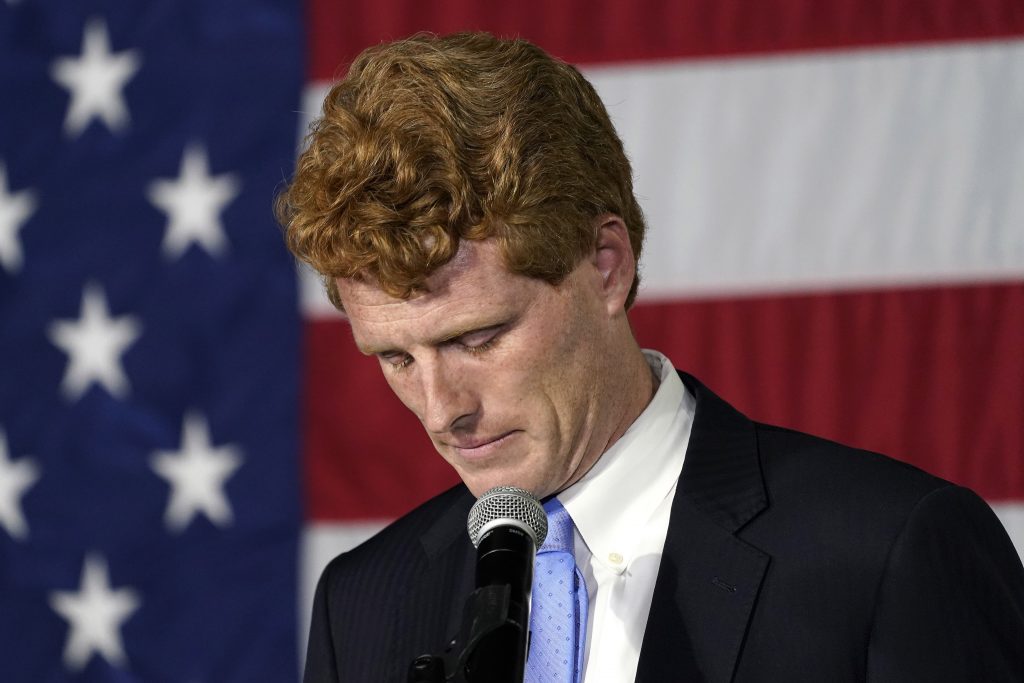 U.S. Rep. Joe Kennedy III became the first in his storied political family to lose a run for Congress in Massachusetts, falling short in his bid to unseat U.S. Sen. Edward Markey in a hard-fought Democratic primary.

Meanwhile, the race for Kennedy’s House seat in the 4th Congressional District remained too close to call, with Democrats Jake Auchincloss and Jesse Mermell separated by a tight margin. Republican Julie Hall, an Air Force veteran, defeated David Rosa on the GOP ticket.

Tuesday’s primary went smoothly despite nearly 1 million voters casting mail-in or drop-off ballots amid the coronavirus pandemic — an unprecedented crush that electoral officials had warned might lead to delays in counting votes.

Secretary of State Bill Galvin filed a petition with a state court Wednesday asking for more time for cities and towns to count ballots that they received in time but still hadn’t tallied because of the high volume of mailed votes.

Markey harnessed support from progressive leaders to overcome a challenge from his younger rival, a grandson of Robert F. Kennedy. With 98% of the vote counted, his margin of victory was nearly 11 points.

Markey appealed to voters in the deeply Democratic state by positioning himself as aligned with the liberal wing of the party. He teamed up with a leading progressive, U.S. Rep. Alexandria Ocasio-Cortez of New York, on the Green New Deal climate change initiative and at one point labeled Kennedy “a progressive in name only.”

That helped Markey overcome the enduring power of the Kennedy name in Massachusetts. The 39-year-old congressman had sought to cast the 74-year-old Markey as someone out of touch after spending decades in Congress, first in the House before moving to the Senate.

In his victory speech, Markey stressed his commitment to battling climate change.

“Every other problem is linked to it. No solution to any challenge will be successful unless we address it. There will be no peace, no justice and no prosperity unless we stop the march to climate destruction,” he said.

To make good on those pledges, Markey said Democrats have to take back control of the U.S. Senate and oust President Donald Trump in November.

“He is the most corrupt, most racist, most incompetent president in American history,” Markey said. “We must banish his agenda of division and destruction to the history books.”

Kennedy, looking deflated, told supporters: “We may have lost the final vote count tonight but we built a coalition that will endure.”

House Speaker Nancy Pelosi had endorsed Kennedy, and Trump got in a dig at both, tweeting early Wednesday: “See, even a Kennedy isn’t safe in the new Radical Left Democrat Party. … Pelosi strongly backed the loser!”

Markey now faces a general election contest where he is considered a strong favorite against Republican primary winner, Kevin O’Connor, in November.

Other members of the extended Kennedy clan have lost congressional contests outside Massachusetts. In 1986, Kathleen Kennedy Townsend lost a U.S. House race in Maryland, and in 2002, Mark Kennedy Shriver also lost a congressional primary in Maryland.

U.S. Rep. Richard Neal of Massachusetts, the powerful chairman of the House Ways and Means Committee, held off Democratic challenger Alex Morse in Tuesday’s primary for the 1st Congressional District after an acrimonious campaign.