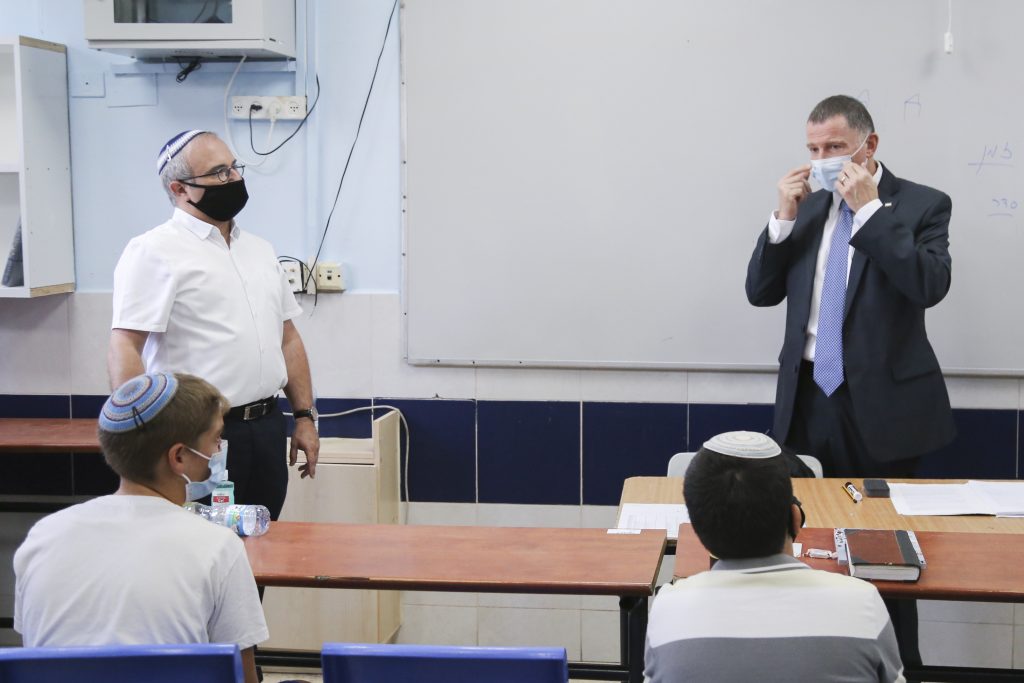 Given the steep rise in new coronavirus cases, Health Minister Yuli Edelstein is expected to back at a meeting of the Corona Cabinet on Wednesday a demand by Professor Ronni Gamzu to instate an immediate closure on cities, towns and local authorities designated “red” under the newly adopted traffic light system, Yisrael Hayom reported.

Edelstein is also expected to support Gamzu’s recommendation to keep schools in these cities closed for now, although the school year officially began on Tuesday.

The Corona Cabinet will discuss additional limitations for red cities, towns and local authorities, as well as the possibility of declaring a nationwide lockdown for the chagim. However, no final decision on policy for the chagim will be made until the end of next week.

“We made a difficult decision to start the school year in Israel, despite the spiraling virus numbers,” Edelstein said during a visit to schools in Efrat on the first day of the new school year.

Edelstein discussed the decision not to start the school year in red communities and said he “understood” the difficulty the decision posed for parents, teachers and children by making this decision at the last minute.

“You need to understand, by making the decision right before the start of the year we were thus able to compile a more up-to-date list of the cities and towns,” the health minister explained.