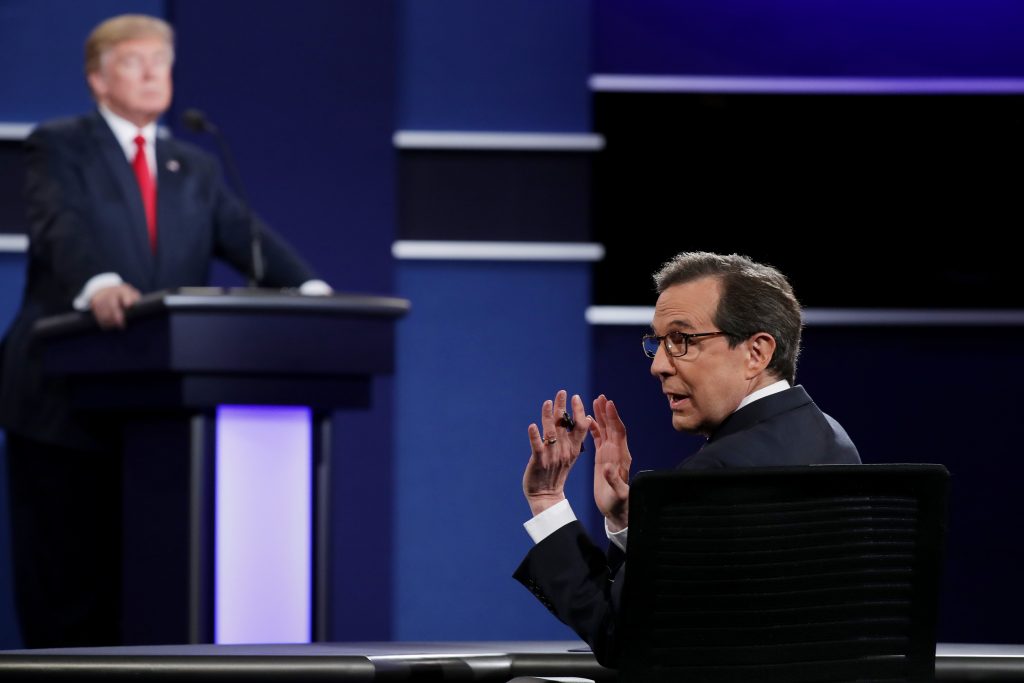 Chris Wallace of Fox News will be a moderator of the first debate between President Donald Trump and his opponent, former Vice President Joe Biden, on Sept. 29.

The Commission on Presidential Debates has named Wallace of “Fox News Sunday,” and three other journalists to handle the events that will be broadcast across the major broadcast networks and cable channels.

Wallace presided over the third debate between Trump and Hillary Clinton in 2016 and was widely praised for his handling of the event. He was the first Fox News anchor to ever moderate a presidential debate.

The first of the 2020 debates will be held at Case Western Reserve University in Cleveland.

Steve Scully of C-SPAN will moderate the second meeting between the two candidates on Oct. 15, to be held at the Adrienne Arsht Center for the Performing Arts in Miami.

NBC News White House correspondent Kristen Welker will be the moderator for the third debate on Oct. 22 at Belmont University in Nashville.

Susan Page, Washington bureau chief for USA Today, will handle the sole meeting between Vice President Mike Pence and Biden’s running mate Sen. Kamala Harris of California on Oct. 7. The University of Utah in Salt Lake City will be the site.