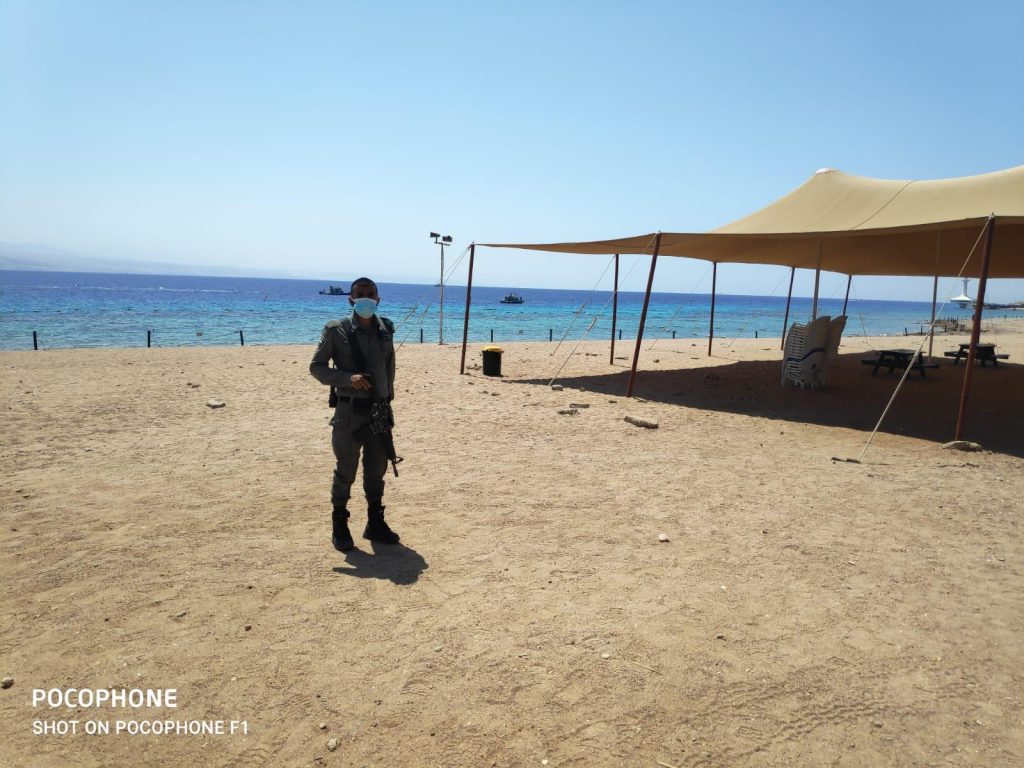 The Almog beach in Eilat was evacuated Wednesday after a suspected infiltration by a Jordanian citizen who swam across the border from Jordan.

The Jordanian was spotted swimming towards the Almog nature reserve on Wednesday morning and was stopped by two guards working for the Nature and Parks Authority. The situation was handled by the IDF and Israel Police and the nature reserve has been declared a closed security zone, including the sea.

According to reports, the man said in his initial interrogation that he infiltrated into Israel because he wanted to escape the economic situation in Jordan.

Eilat borders the Jordanian city of Aqaba. The coastal hub has been subject to Jordanian infiltrations by sea before, although they haven’t all been hostile.

The IDF later said that the initial investigation reveals this was not a terror incident. He was arrested and taken for questioning by security forces.