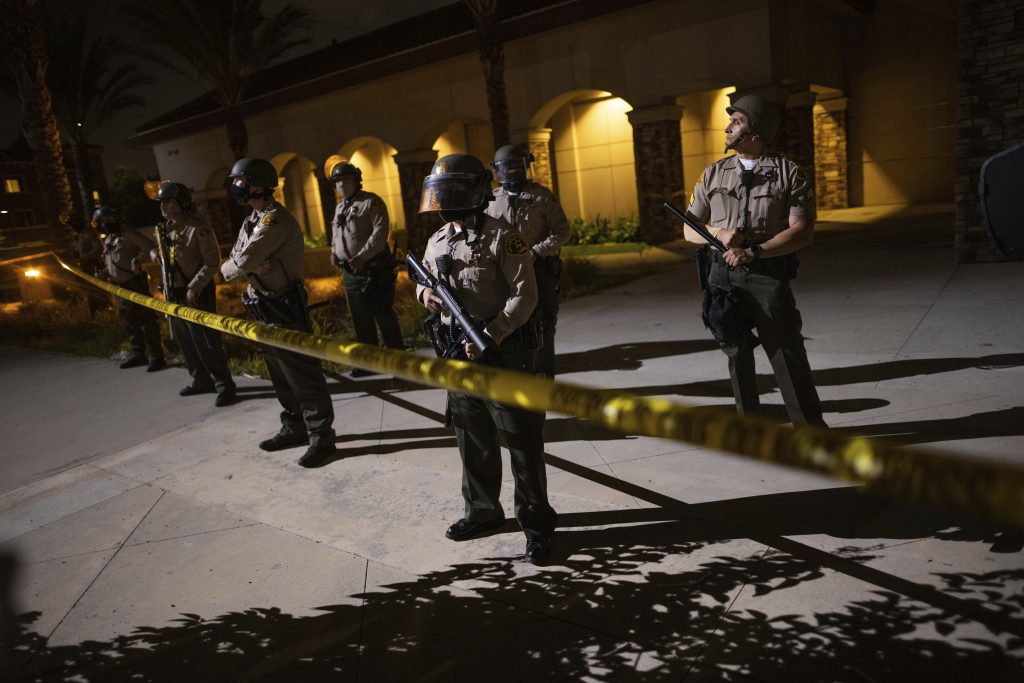 The Los Angeles County Sheriff’s Department was investigating the fatal shooting of a Black man by two deputies Monday afternoon.

In a statement, Deputy Juanita Navarro-Suarez said detectives responded at 3:16 p.m. to the 1200 block of West 109th Place, unincorporated Los Angeles, to investigate the shooting.

The department said on its Twitter account that, “During the contact, a fight ensued between the suspect and deputies.” The man produced a handgun and “a deputy-involved ‘hit’ shooting” occurred.

Sheriff’s Lt. Brandon Dean said late Monday that two deputies from the South Los Angeles station were driving when the saw a man riding his bicycle in violation of vehicle codes, according to The Los Angeles Times. It was not known which codes the man allegedly broke, Dean said.

When deputies tried to stop the man, he dropped his bike and ran, with deputies in pursuit, Dean said. Deputies again tried to make contact with the man and Dean said he allegedly punched a deputy in the face. The man then dropped a bundle of clothes he’d been carrying and they spotted a black handgun in the bundle, at which point both deputies opened fire, Dean said.

The man was pronounced dead at the scene, Navarro-Suarez said. Police say the handgun was recovered and no deputies were injured.

Protesters gathered demanding answers, and more than 100 people marched to a sheriff’s station on Imperial Highway. Some said they didn’t think the shooting was justified while others chanted, “Say his name” and “No justice, no peace” the Times reported.

The investigation is ongoing.