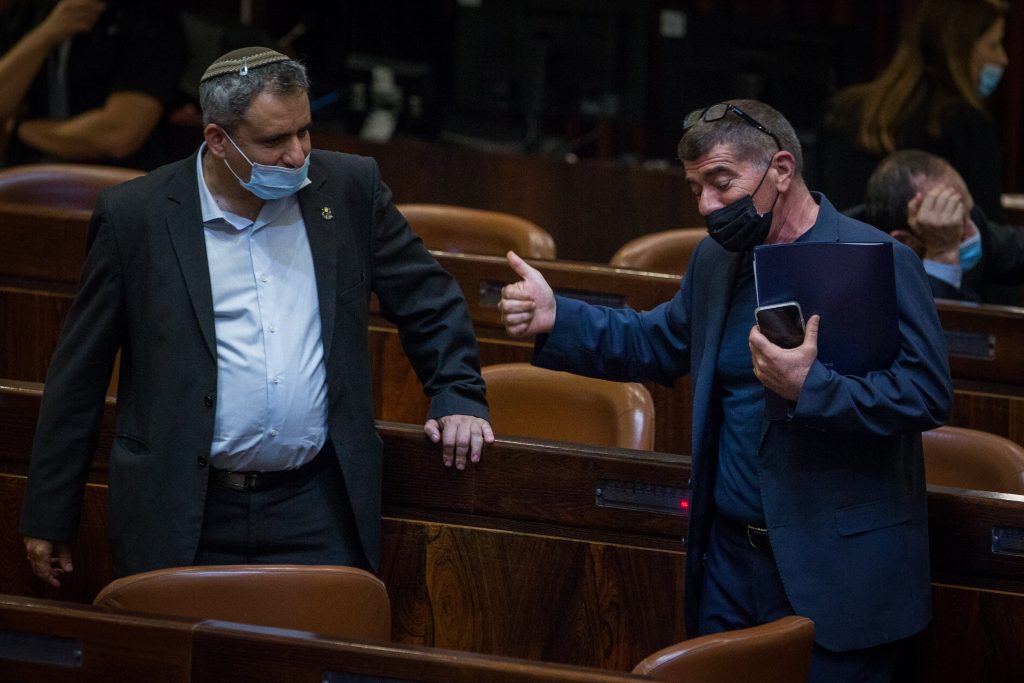 “Unfortunately in the past few days, we’ve witnessed a pretty serious outbreak of violence there [in Uman],” Elkin told the Kan public broadcaster, referring to attacks on Jewish visitors in the country.

“Gamzu’s letter appears to have become a hit among anti-Semites in Uman and outside of it. It could end in bloodshed,” he said.

In his letter, Gamzu urged Ukrainian leaders to ban Israelis from entry lest they bring COVID-19 with them. Ukraine complied.

Following an outcry over the decision, Elkin has been tasked with devising a compromise to allow restricted travel to Uman.

On Tuesday morning, a group of local Ukrainians attacked a group of Chassidim who were shopping in a store in Uman, Ukrainian media reported. One of the Chassidim, an Israeli citizen, sustained a face injury. The police are investigating the incident. The Uman municipality reported that according to a survey they have made, 94% of the local residents do not want outside visitors in their city this year.

Meanwhile, last Friday, local residents of Uman tried to bar Chassidim from entering the city for the annual Rosh Hashanah nesiah to the tziyun of the Rebbe Reb Nachman of Breslov, zy”a, Kan News reported. The Chassidim were among the dozens of Jews who had entered Ukraine in the hours before a ban on foreign nationals entering the country goes into effect.

In videos posted on social media, angry crowds of locals are seen pushing and shoving the Chassidim as they confronted them before dawn on Friday morning.

Later, as the Chassidim tried to enter some of the apartments they had rented in a half-completed residential building, locals are heard yelling at the Jews in Ukrainian that they are acting dangerously and that they should get out of the town.

The building was under construction, but its completion has been stalled as a result of a dispute between the owners and the construction workers. A man who claimed to be the owner of the building is seen pleading with police, in English, to allow the visitors to enter the building, telling the police many times, “It’s my house.”

The local police instructed the Jews that they may stay in Uman, but not in the uncompleted building itself.