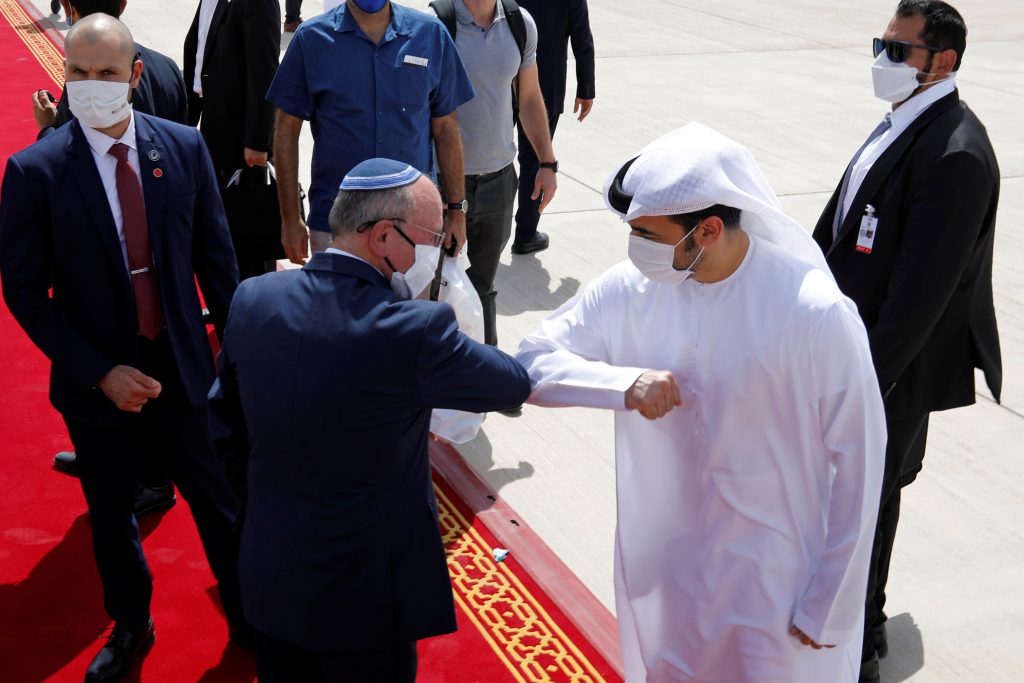 Israel and the United Arab Emirates agreed on Tuesday to set up a joint committee to cooperate on financial services, aiming to promote investment between the two countries as Israeli delegation left the Gulf state following a historic visit.

Representatives from both countries signed the understanding, Prime Minister Binyamin Netanyahu said in the statement.

One focus, Netanyahu said, would be on “cooperation in the field of financial services and removing financial barriers for making investments between the countries, as well as promoting joint investments in the capital markets.”

The deal was signed by Ronen Peretz, Acting Director General of the Prime Minister’s Office and the Governor of the Central Bank of the United Arab Emirates Abdul Hamed Saed.

The countries will also collaborate in banking services and payment regulations, he said.

Israeli officials have been quick to play up the economic benefits of the accord, which once formalized would also include agreements on tourism, technology, energy, healthcare and security, among other areas.

A number of Israeli and Emirati businesses have already signed deals since the normalization deal was announced.

“I welcome the first memorandum of understanding that we signed in Abu Dhabi,” said Netanyahu. “These understandings will help us to promote mutual investment and broad cooperation. We will soon announced additional agreements in the areas of air travel and tourism, as well as in trade.”

On Tuesday morning, National Security Adviser Meir Ben-Shabbat joined a Shacharis minyan at the hotel of the Israeli delegation to Abu Dhabi.

The rare minyan was completed by a group of Jews living in Dubai who had come to the Emirati capital especially for the historic visit of a joint U.S.-Israel delegation to the UAE.

Being the month of Elul, Chabad shaliach Rabbi Levi Duchman blew the shofar after Shacharis. He also recited a special tefillah for the welfare of the UAE, its leaders and armed forces.