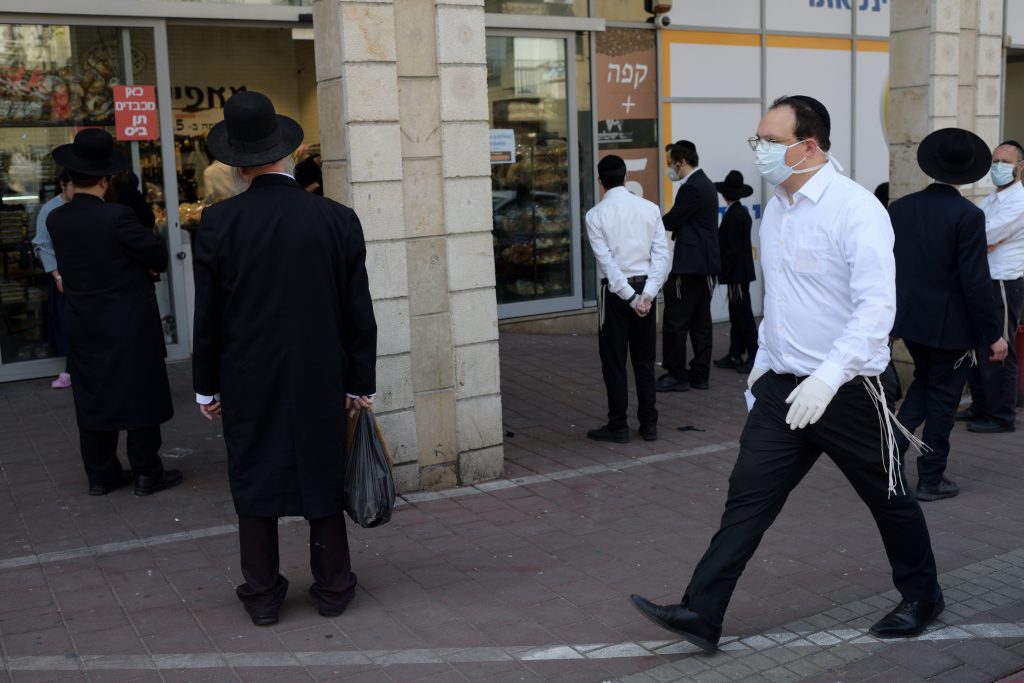 The Health Ministry designated Bnei Brak as a “red” city on Tuesday evening due to its relatively high number of coronavirus cases, according to Kan.

The designation means that gatherings will be restricted and schools closed. The word comes after the first day of the new school year in Israel.

In response, Mayor of Bnei Brak Avraham Rubinstein said that “we will heal the city. We are making an improvement.”

Earlier in the year, at the height of the first coronavirus wave, Bnei Brak was put on lockdown, with businesses and restaurants closed and travel into and out of the city restricted. The IDF was brought in to distribute food and other supplies. Infections rates subsequently came down; but now are apparently up again.

Bnei Brak joins Beitar Ilit, which was notified of its reclassification changed from an orange to a red area late Monday night, and schools there stayed closed.

Beitar Ilit Mayor Rabbi Meir Rubinstein sent an urgent letter to Health Minister Edelstein Tuesday, demanding to know “how it is that Beitar Ilit was defined a red area, when the data we have shows a completely different picture.”

“As of today, there are 187 [coronavirus] patients in Beitar Illit, and about half of them are at a [quarantine] hotel, while there are communities with many more patients than we have and have not been designated as red,” Rubinstein wrote.

He added that, “The percentage of positive tests in Beitar Illit is currently 11.5%. While in many other cities, which were not included under the definition of ‘red city,’ the number is 15%. I would like to understand the calculations made by the Health Ministry,” and demanded that his city’s classification be changed immediately.

“My children went to sleep with everything ready for school, and they wake up to find out that there’s no school? Talk about last minute,” a Beitar resident said angrily.

“We’re also trying to figure this out,” commented a chareidi member of the advisory committee of Professor Roni Gamzu. “It’s alright to define Beitar as a red city, but according to what criteria? Try to ask this, but you won’t get an answer.”

Of note is that the Shas representatives resigned from the advisory committee, claiming that “we had no ability whatsoever to take part in the proceedings…. We have the feeling that we were just there for decoration. Meanwhile, our tzibbur viewed us as if we’re involved in the decision-making, whereas nothing could have been further from the truth.”

Among the red areas are also chareidi towns Rechasim, Emanuel and Teveria.

A chart released by the Beitar municipality showed that the city should be considered “orange” not “red.”

The order keeping the schools closed lasts until Thursday, when the Coronavirus Cabinet is expected to meet again to reassess the situation.