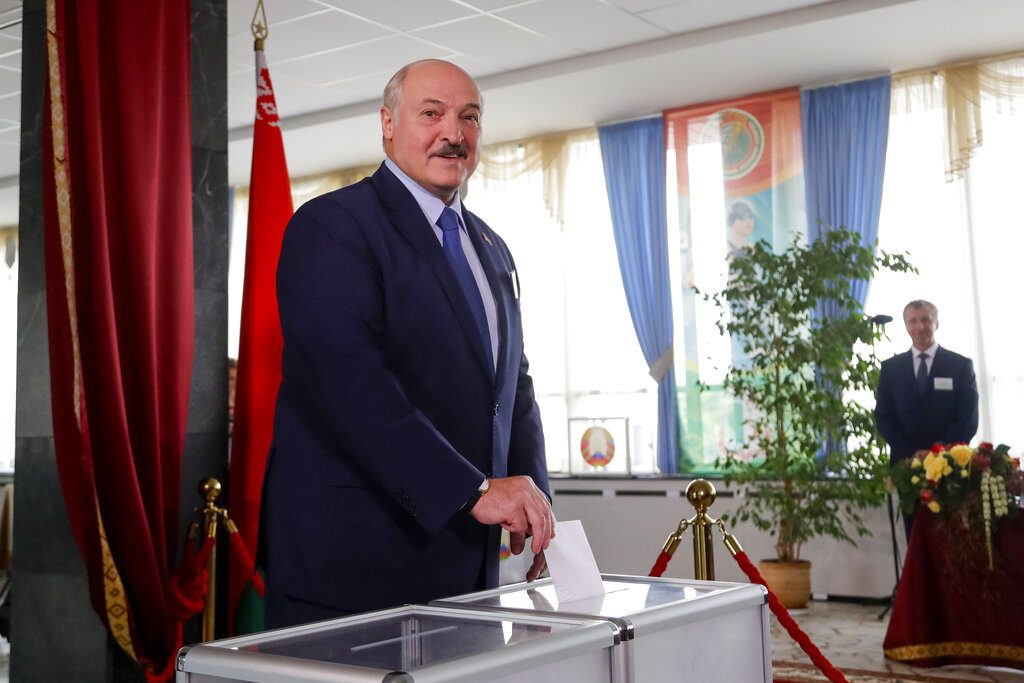 Even before the Aug. 9 presidential election in Belarus ended, a poll worker in Minsk said she was asked to sign a document summing up its result, with the vote totals left blank.

Another worker who pointed out violations during the vote-counting was fired on the spot.

In the small city of Vitebsk, a poll worker signed a document with falsified results in favor of President Alexander Lukashenko and later was wracked with guilt for betraying the trust of the voters.

In the three weeks since the election that kept Lukashenko in power with a landslide win, hundreds of thousands of people have protested what they say was a rigged outcome. Demonstrations and strikes in the country have been met by a police crackdown including mass detentions, beatings and criminal charges against organizers.

The Associated Press interviewed election workers who said they saw ballot fraud or were pressured to falsify results in favor of Lukashenko. In addition, other evidence has been posted online showing falsifications and other irregularities.

To many in Belarus, where Lukashenko has ruled with an iron fist since 1994 and has been accused of rigging previous elections, his victory last month seemed clearly implausible.

His main opponent, former English teacher Sviatlana Tsikhanouskaya, drew crowds of tens of thousands of people after she entered the race in place of her husband, Sergei, a popular opposition blogger who was jailed before the election. She had managed to unite fractured opposition groups, channeling the growing frustration over the country’s weak economy and Lukashenko’s swaggering dismissal of the coronavirus pandemic.

When the results were announced, however, the Central Election Commission said Lukashenko won 4.6 million votes, or 80%, and Tsikhanouskaya got only 588,000, or 10%.

The opposition was prepared for such an outcome — allegations of rigged elections have surfaced in every vote in Belarus since Lukashenko took power in 1994. This time, it trained people to be independent monitors at polling stations, it encouraged poll workers to report violations, and it set up a website where voters could submit photos of their marked ballots to compare with the official count.

“Given the manner in which the vote has been rigged, I can vouch that no one — not us, not the Central Election Commission — knows the real result of the election,” Khomich told the AP.

The Central Election Commission has refused all the candidates’ requests for a recount, and Lukashenko bristled at demands to rerun the vote.

In comments to the AP, the commission again rejected the accusations of widespread rigging, saying complaints it received from monitors and voters mostly pointed to procedural violations.

The results were not recognized by the four candidates on the ballot with Lukashenko. Both the U.S. and the European Union have called the election neither free nor fair, and EU foreign ministers are preparing sanctions against senior Belarus officials suspected of election fraud and the subsequent crackdown on protesters.