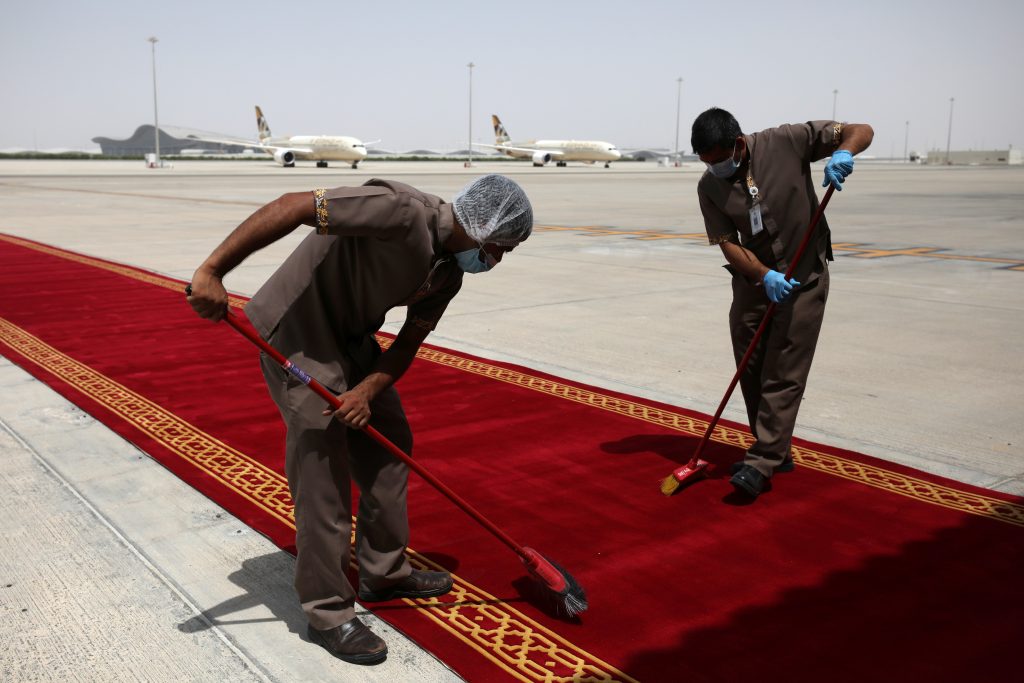 On board a packed airliner taking U.S. and Israeli delegates to the United Arab Emirates on Monday, passengers were welcomed in Arabic as well as English and Hebrew, a gesture marking the historic first Israeli direct flight from Tel Aviv to Abu Dhabi.

The El Al Boeing 737 made aviation history by cutting straight over Saudi territory en route to the UAE capital, where Israeli and Emirati officials will hold U.S.-brokered normalization talks on Monday.

“Wishing us all salaam, peace and shalom, have a safe flight,” the pilot, Captain Tal Becker, said on the intercom, in Arabic, English and Hebrew, using all three languages to also announce the flight number and destination.

A spokesman for El Al said the plane was equipped with a C-Music antimissile system on its rear carriage – standard for the 737s in the carrier’s fleet.

There was also a bit of security flair to coronavirus checks mandated for journalists the weekend before the trip. Upon arrival for COVID-19 testing, traveling reporters were told to give a code-phrase – “I’m here for the ‘experiment'” – to be fast-tracked through by a representative of the Israeli Prime Minister’s Office.