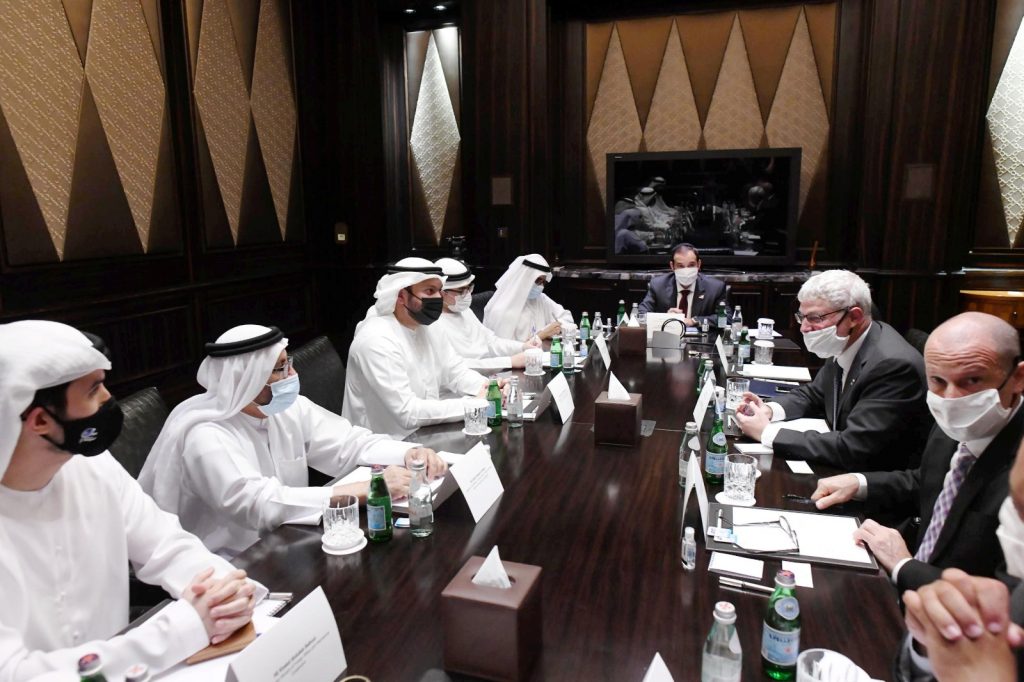 The Israeli delegation that landed in Abu Dhabi on Monday isn’t there just for the ceremonies and a side trip for shopping. They are out for all the normalization they can get, before any denormalization can get going.

The Israeli Foreign Ministry said that talks are underway for the UAE and Israel to open embassies on each others’ soil.

“The sides discussed the possibility of mutual opening of embassies and signing bilateral agreements to advance ties between the countries,” a statement read.

Typically, the other side was less ebullient. They didn’t issue a statement in support of the idea, but they didn’t put out a denial either.

The U.S. ambassador to the UAE is also involved in the talks, the ministry says.

“We are at the start of a historic process and we intend to advance as quickly as possible the establishment of full ties and opening embassies in both countries which will act to bolster cooperation between Israel and the UAE,” said Foreign Ministry Director Alon Ushpiz, who is leading the effort.

The Prime Minister’s Office released a statement Monday elaborating on the talks being held, in working groups that include Israeli, Emirati and American representatives on the following issues: Diplomacy; finances; aviation and entry visas; health; culture and tourism; space, science and investments; innovation and trade.

Following is a list of the working groups and the issues they will be discussing:

* Determining frequent bilateral dialogues between the countries on diplomatic and regional issues, and according to working groups

* A media plan directed at public opinion in both countries

* Cooperation regarding the prohibition on money-laundering

* Establishing reciprocity regarding visas for visitors

* Establishing an economic-commercial framework agreement between the countries

* Investments in specific sectors including (inter alia) energy and hotels

* Cooperation in research and development and establishing a joint innovation fund

* Strategic cooperation regarding the coronavirus

* A cooperation agreement between health agencies regarding emergency preparedness

* Regional tourism packages in cooperation with Jordan and Egypt

* Establishing an agreement to encourage joint television and cinema productions

* A cooperation agreement on cultural events

* A cooperation agreement on civilian use of space