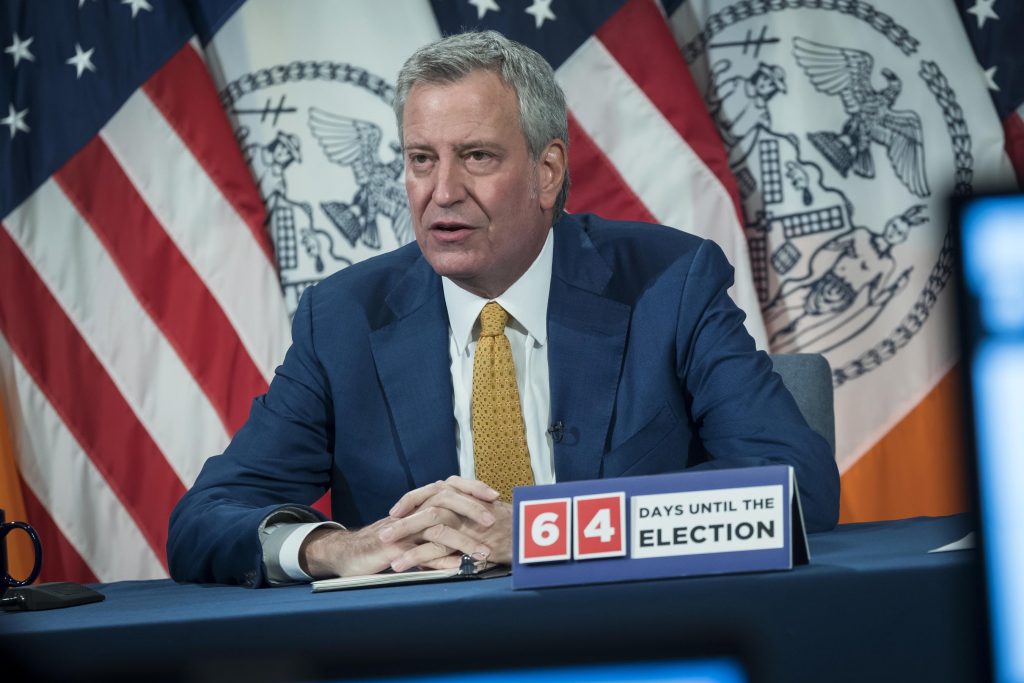 New York City will temporarily halt laying off thousands of city employees in hopes of securing financial aid from Albany.

At today’s press conference, Mayor Bill de Blasio indicated that the massive cuts he’d announced earlier in June would be stalled a little while longer, at the request of municipal labor unions.

Due to the economic fallout from the coronavirus, New York City is facing a budget shortfall in the billions, and without aid, the city will be forced to enact widespread layoffs.

City workers had been waiting to find out if they were among the 22,000 to receive pink slips today, but the mayor’s office put the situation on pause for one more day as a statement to the state government.

“No one wants to see a single layoff, but we have to address our fiscal crisis,” Mayor de Blasio warned. “I am hoping this pause will lead to progress in Albany.”

De Blasio and other top city officials hope Albany will allow long-term borrowing in the billions. Albany, meanwhile, is pressing the federal government for billions of dollars in federal aid for infrastructure and construction projects that have been halted due to budget shortfalls.