Israel Netanyahu: I Worked for This Day for 25 Years
Israel 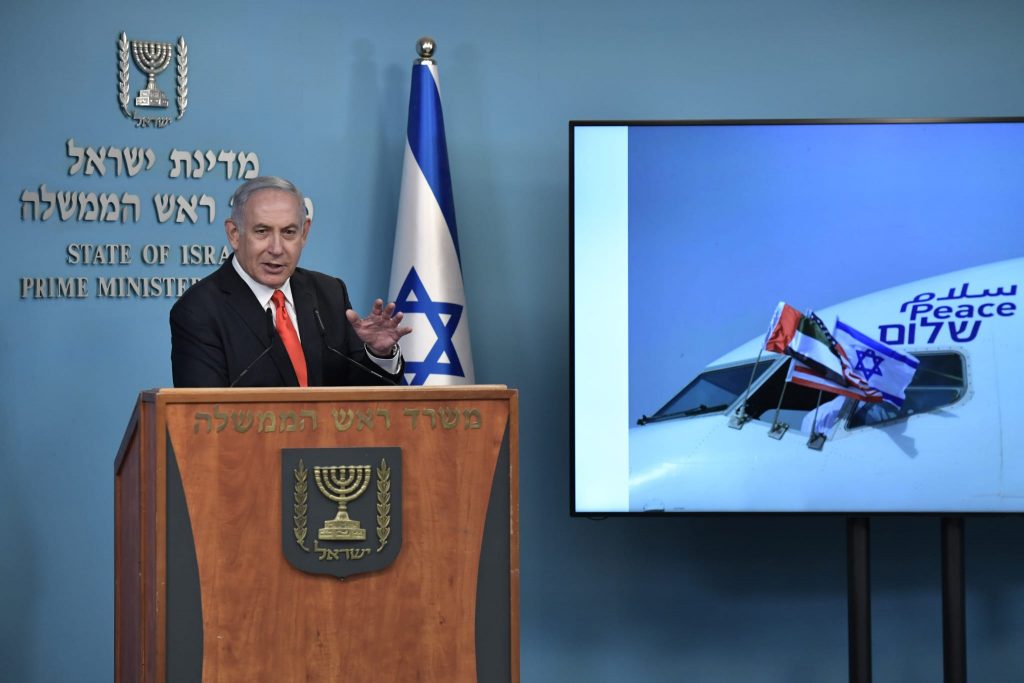 Israeli Prime Minister Binyamin Netanyahu‏‏ delivered an address to the nation on Monday evening to mark the beginning of normalization with the United Arab Emirates.

“I saw our flags raised – I was moved and felt immense pride. I am sure that all of you, without exception, felt the same and you must have felt that this is a special day and this is the beginning of a new era. I have worked for this day for 25 years,” the prime minister said after the U.S.-Israeli delegation landed in Abu Dhabi.

PM Netanyahu predicted that the peace with the UAE will be a “warm peace,” in contrast to that with Jordan and Egypt, and that he has “instructed [national security adviser] Meir Ben Shabbat to invite the United Arab Emirates’ delegation to Israel.”

“We’ll give them the same red carpet they gave us,” he said, though there was no word yet of their acceptance.

“We won’t be like the Egyptians, who keep a cold peace with Israel,” Yedioth Aharanot quoted a UAE official as saying. “We won’t be like Jordan, who back [PA President Mahmoud Abbas’s] stance, say no to any process and now regret it.”

Despite jubilation in official Israeli circles, Haaretz reported that public reaction in Israel has been lukewarm amidst mass unemployment and a steady stream of coronavirus deaths.

“It seems as if all the backdrops and props have not succeeded in infusing the Israeli masses with the same amount of enthusiasm. They have not stirred any great collective national interest – including struggles for and against – that historic peace agreements have generated in the past. It’s not that anyone is particularly opposed to the deal; very few people in Israel have expressed any kind of opposition to the initiative, but at the same time, few have been moved to tears. And this isn’t only true of the left’s so-called sourpusses. The general Israeli attitude toward the agreement could be dubbed ‘indifferent support,’” wrote Noa Landua in Haaretz.