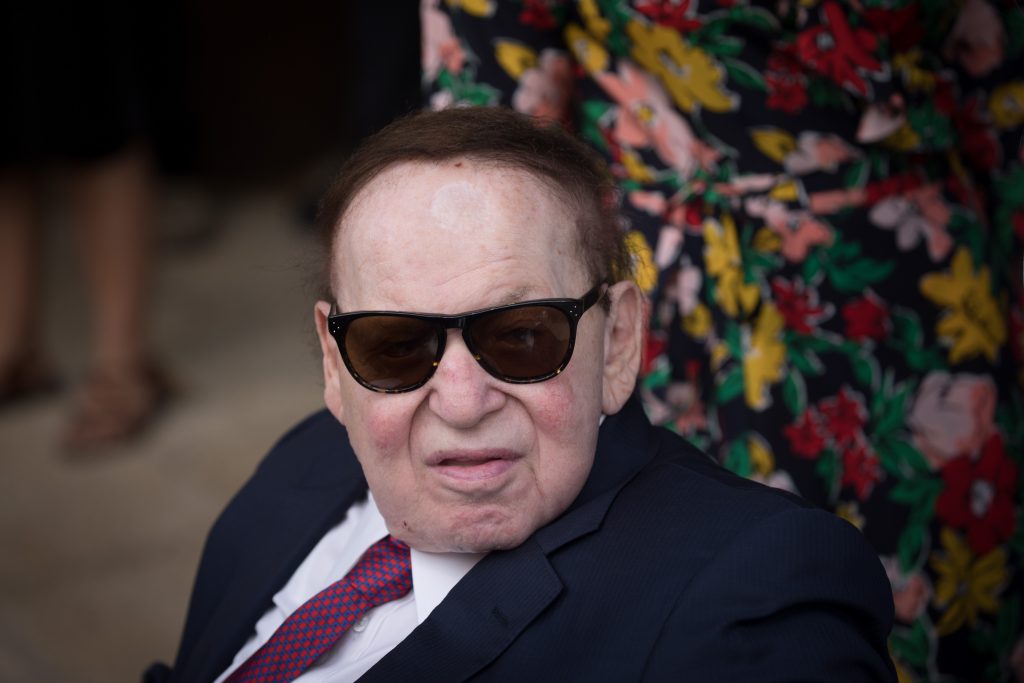 In what is being described as potentially the biggest home purchase in Israeli real estate history, American billionaire Sheldon Adelson is in advanced talks to buy the U.S. Ambassador to Israel’s residence in Herzliya Pituah, north of Tel Aviv, according to a Globes report on Monday.

The deal has been in the works for at least three weeks, and is close to being signed. The Trump administration is hoping for early closure, before the presidential elections in November, which will help to make the transfer of the Embassy from Tel Aviv to Yerushalayim even more of a fait accompli.

If so, it would hamper any future administration from reversing the move and relocating a new ambassador back to Herzliya Pituah. The current U.S. Ambassador to Israel, David Friedman, works and lives in Yerushalayim and no longer uses the Herzliya property.

The residence is located at 40 Galei Tachelet Street in Herzliya Pituah in a 3,000 square-foot house on a 15,000 square foot lot. The house, which was built in the 1960s, boasts sloping gardens to the west and a view of the Mediterranean Sea.

Adelson, who has ties both to Israeli Prime Minister Binyamin Netanyahu and President Donald Trump, was often a guest at the house on July Fourth celebrations and presumably knows his way around.

However, the Adelson family has made no comment on the story.

A U.S. Embassy official in Yerushalayim told Globes: “The sale of the Chief of Mission residence in Herzliya has not yet been finalized. The State Department does not comment on ongoing real estate proceedings.”