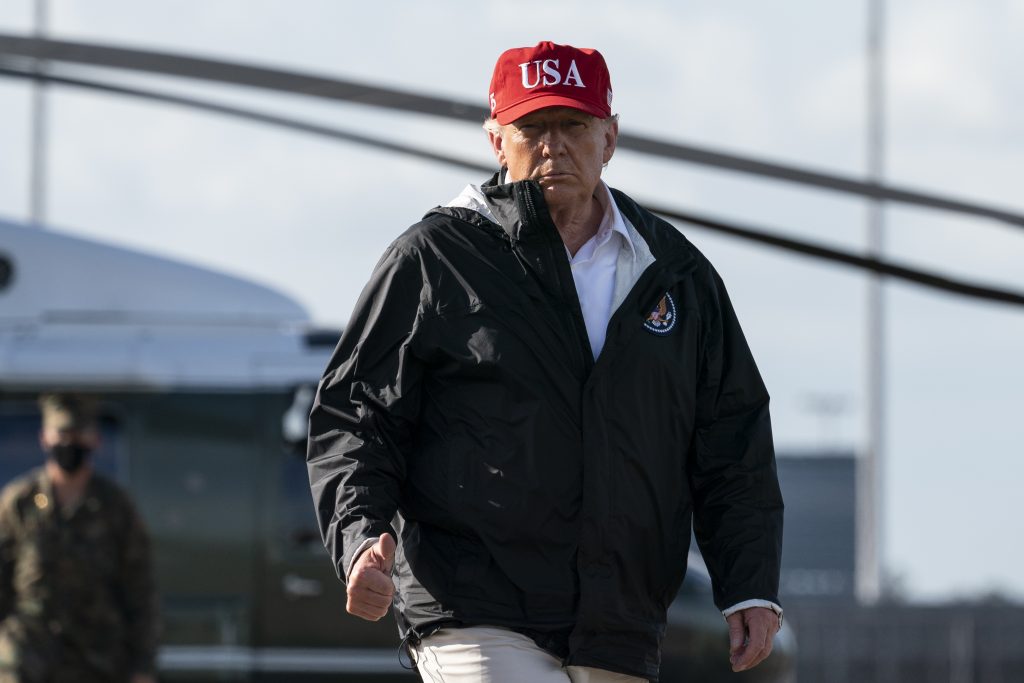 President Donald Trump will travel to Kenosha, Wisconsin, on Tuesday, amid fury over the police shooting of Jacob Blake in the back, which left the 29-year-old Black man paralyzed.

White House spokesman Judd Deere told reporters aboard Air Force One on Saturday that Trump will be meeting with law enforcement officers and “surveying” some of the damage from recent protests that turned destructive.

Republicans deny this, saying Trump wants to restore law and order, and accusing Democratic mayors and state governors of losing control of cities rocked by demonstrations that have seen outbreaks of violence, arson and vandalism.

Trump has been running his reelection campaign on a law-and-order mantle, denouncing protesters as “thugs” while voicing his support for police.

In his acceptance speech during the virtual Republican National Convention, Trump painted the election in hyperbolic terms as a stark choice between peaceful streets and anarchy.

Kenosha Police Officer Rusten Sheskey and two other officers were responding to a domestic dispute call last Sunday when Sheskey shot Blake in the back seven times. Cellphone video captured the shooting, which has sparked new protests against racial injustice and police brutality months after George Floyd’s death at the hands of a Minneapolis officer touched off a wider reckoning on race.