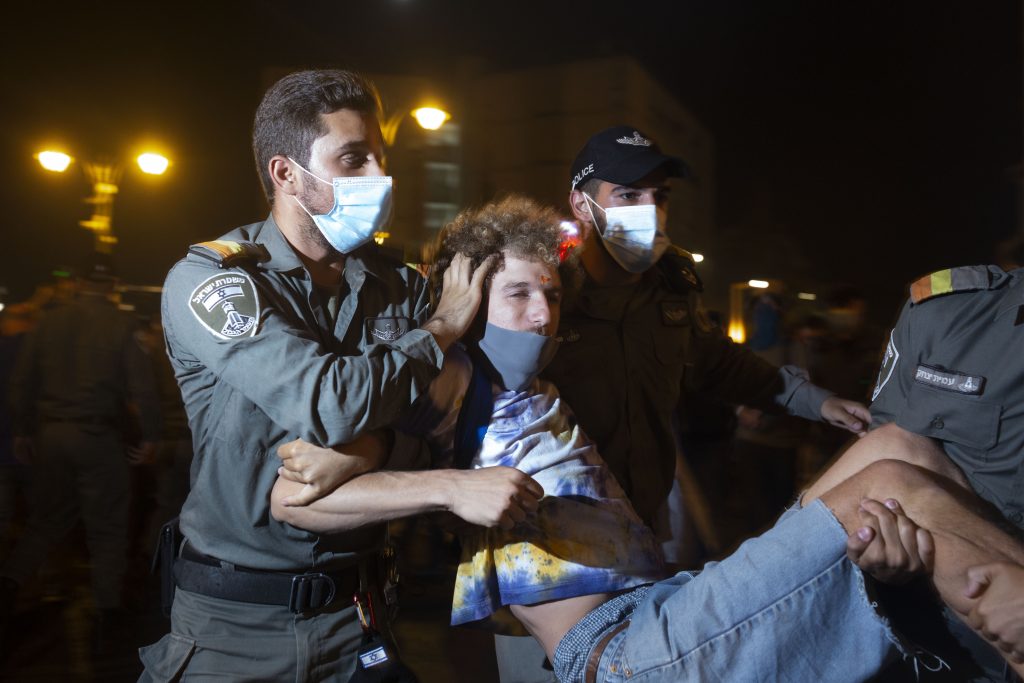 Thousands of Israelis demonstrated on Motzoei Shabbos in Yerushalayim in a continuation of summer-long weekend rallies demanding the resignation of Prime Minister Binyamin Netanyahu, who faces a corruption trial and accusations of mishandling the coronavirus crisis.

Smaller protests also took part in other parts in Israel, including overpasses and outside Netanyahu’s private house in the upscale town of Caesaria.

At the main rally in the capital, protesters gathered at the entrance of the city and marched to Netanyahu’s official residence, holding Israeli flags and black flags symbolizing one of the protest movements. “Enough with Division!” and “This is not politics, this is crime” read some of the placards.

Business owners, day-to-day workers and smaller, vulnerable entrepreneurs who were hard-hit by the pandemic-triggered closures take part in anti-Netanyahu demonstrations. The unemployment rate is hovering over 20%.

Many protesters say Netanyahu shouldn’t serve as a Prime Minister at a time when he is on trial for serious charges.

In January, his trial will move to a witness phase with three sessions a week.