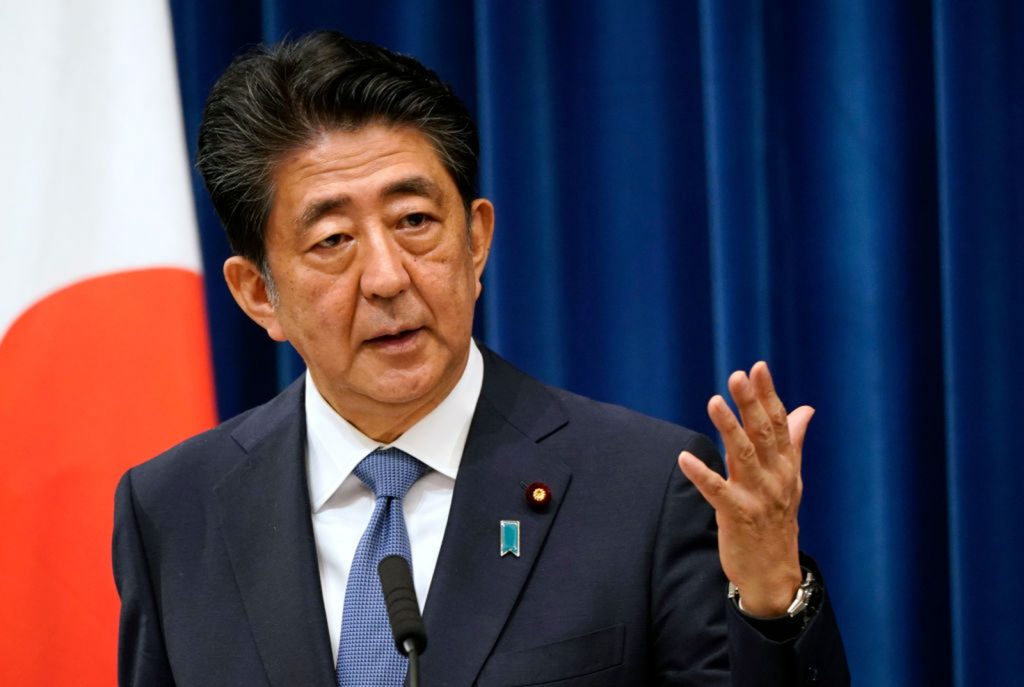 The race to replace Japan’s Prime Minister Shinzo Abe is starting to take shape as candidates declare their interest to their inner circles just days after the leader said he’s resigning due to health reasons.

Chief Cabinet Secretary Yoshihide Suga told a senior ruling party leader he intends to seek the role of president in the Liberal Democratic Party, Kyodo News reported on Sunday, citing a source it didn’t identify. The LDP has run the country for most of the last 65 years, and the party leader is almost assured of serving as prime minister.

Former Defense Minister Shigeru Ishiba plans to declare his intention on Monday to run for the election, Sankei newspaper reported on Friday, without saying where it got the information. Other names mentioned in local media on Sunday included Defense Minister Taro Kono and former Foreign Minister Fumio Kishida.

Abe, Japan’s longest-serving prime minister, said he would stay on until LDP leaders hold an internal vote to pick a successor. Toshihiro Nikai, the LDP’s secretary-general, said leaders will listen to opinions before deciding on an election method.

The party plans to lay out details on the vote at a general council meeting on Tuesday, and the leadership election may be held Sept. 15, Kyodo reported. The new premier will be picked in parliament on Sept. 17, the news agency said.

Abe said on Friday that he would step down to undergo treatment for ulcerative colitis, a chronic digestive condition that also forced him to step down as premier in 2007. The resignation came as a shock even within the LDP, with Suga saying on Thursday that Abe should be able to serve out the remainder of his premiership after questions of his health were raised.

Japanese stocks dropped on Friday, reflecting uncertainty over who Abe’s successor will be. The yen, a haven currency, jumped against the dollar. The cost to insure Japanese corporate debt against non-payment rose.

Suga, the top government spokesman and Abe’s right-hand man since 2012, believes his ability to manage crises such as the Covid-19 pandemic, and the role he played in spurring Japan’s economic revival should give him an edge, according to Kyodo.

Ishiba is seen as most fit to succeed Abe as LDP party leader, according to a Kyodo poll released on Sunday, with 34.3% of support among those surveyed. He has backed economic policies seen as more populist than Abe’s, and has been aligned with the premier in trying to keep ties with China on a steady path. Ishiba was the only politician to run against Abe in the last party race in 2018. Suga had 14.3%, and Kono had 13.6% support in the Kyodo poll.

Environment Minister Shinjiro Koizumi, the 39-year-old son of former Prime Minister Junichiro Koizumi and a rising political star, won’t join the race but would back Kono if he does, national broadcaster NHK reported.

Abe has fought against the impact of the pandemic on the Japanese economy that contracted a record annualized 27.8% in the three months through June from the previous quarter. He launched a stimulus package including cash handouts to struggling households to cope with the negative economic impact. About 58% of those surveyed by Kyodo believed that Abe’s decision to step down was apt.

The Tokyo metropolitan government reported 148 new coronavirus cases on Sunday, bringing the capital’s cumulative total to 20,717. Tokyo’s daily cases increased by triple digits every day in August, with a record 472 on Aug. 1. The number of confirmed cases in the coronavirus outbreak in Japan stood at 65,625 as of Friday, according to data collected by Johns Hopkins University and Bloomberg.