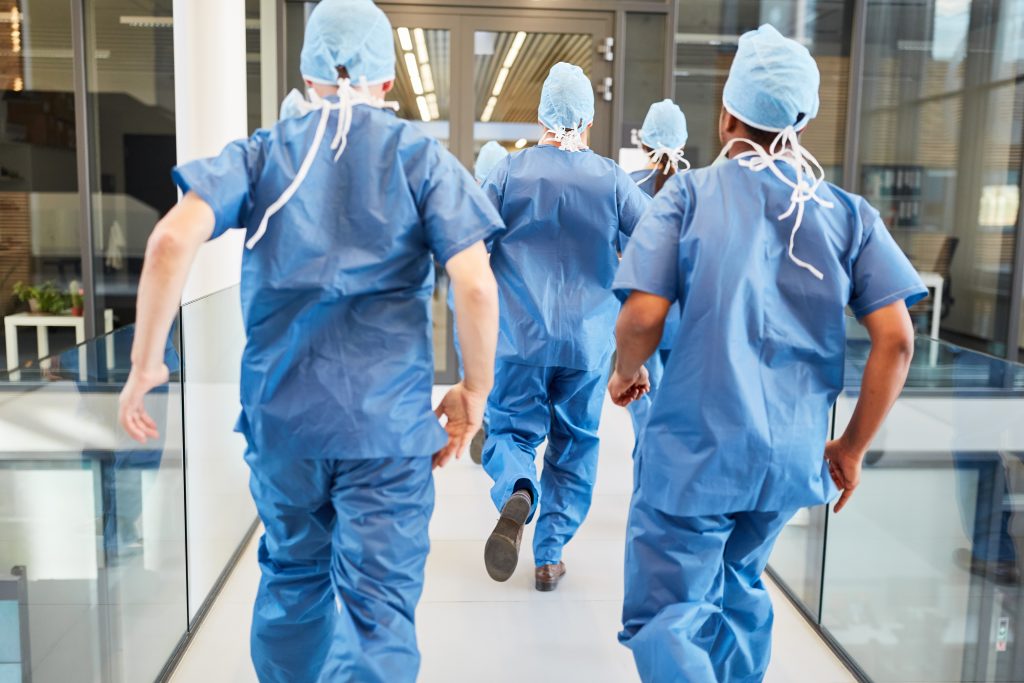 Nurses on the front lines of New York’s COVID-19 pandemic are calling for the state to enact minimum staffing standards ahead of another wave of infections.

Health care industry leaders, though, warn that passing such a law would saddle facilities with billions of dollars in extra costs they can’t afford.

Under legislation now before a legislative committee, the state would for the first time set minimum nurse-to-patient ratios, including a standard of one nurse for every two patients in intensive care units.

California now has such a law. Other states don’t. Supporters say the legislation would boost the quality of care, reduce staff burnout and let the state hold health care facilities accountable for inadequate staffing.

Minimum staffing ratios also might have helped last spring, they say, when hospitals and nursing homes in the New York City metropolitan area were overwhelmed with a flood of COVID-19 patients.

“If we had better staffing in place before COVID-19, if we weren’t stretched so thin, we would have been able to handle the flex and surge that was required,” said Pat Kane, who leads a union representing nurses statewide.

New York Gov. Andrew Cuomo promised in 2018 to set safe staffing levels, which he said was “linked to quality care,” but this month his health department released a report estimating the proposed staffing rules would force nursing homes and hospitals to hire a combined 35,000 nurses, at a cost of around $4 billion.

“During the crisis, the increased costs would have been unbearable, coming on top of the extremely expensive surge costs frontline hospitals incurred,” Greater New York Hospital Association President Kenneth Raske told hospital leaders this month. “Now, in the COVID-19 transition era, when hospitals are fighting for their very survival due to a severe loss of revenue, such a mandate is unthinkable.”