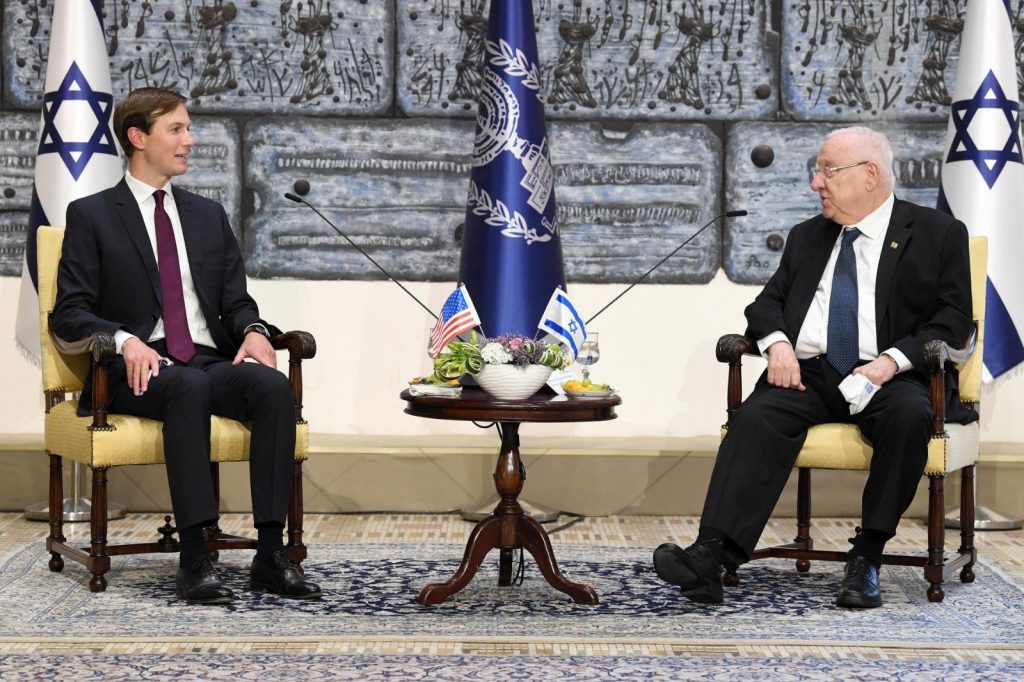 At a joint press conference with Kushner, Netanyahu said “it’s a special pleasure” to host the delegation before it travels together with Israeli officials on Monday on the first ever commercial passenger flight between Israel and the United Arab Emirates

In recent weeks, since the announcement of the normalization, Palestinian leaders have sharply criticized the UAE for agreeing to normalize relations with Israel.

Praising President Trump’s peace proposal, Netanyahu said that no Jews or Palestinians will have to leave their homes, Israel will be able to annex areas of Yehudah and Shomron and will retain security control west of the Jordan Valley.

He said that the Palestinians, when they realize that their veto has dissipated, “will be hard-pressed to remain outside the community of peace.”

Other states “are in line” to make peace with Israel, the prime minister said, noting that Kushner had been ridiculed for suggesting this process could happen. “We know that reality has changed,” said Netanyahu, “because we have changed it.”

Kushner met later with President Reuven Rivlin at his official residence in Yerushalayim.

Rivlin touted the agreement for Israel and the UAE to normalize diplomatic ties, saying it “creates many opportunities for cooperation” in the region.

“I call on other Arab and Muslim states to follow this path of friendship and to establish full and warm relations with the State of Israel – peace between nations and peoples, peace for peace,” he said.

The president also said he hopes the agreement will build trust with the Palestinians, who have denounced the UAE over the deal.

Kushner and the U.S. delegation are set to hold talks later in the day with Defense Minister Benny Gantz and Foreign Minister Gabi Ashkenazi.