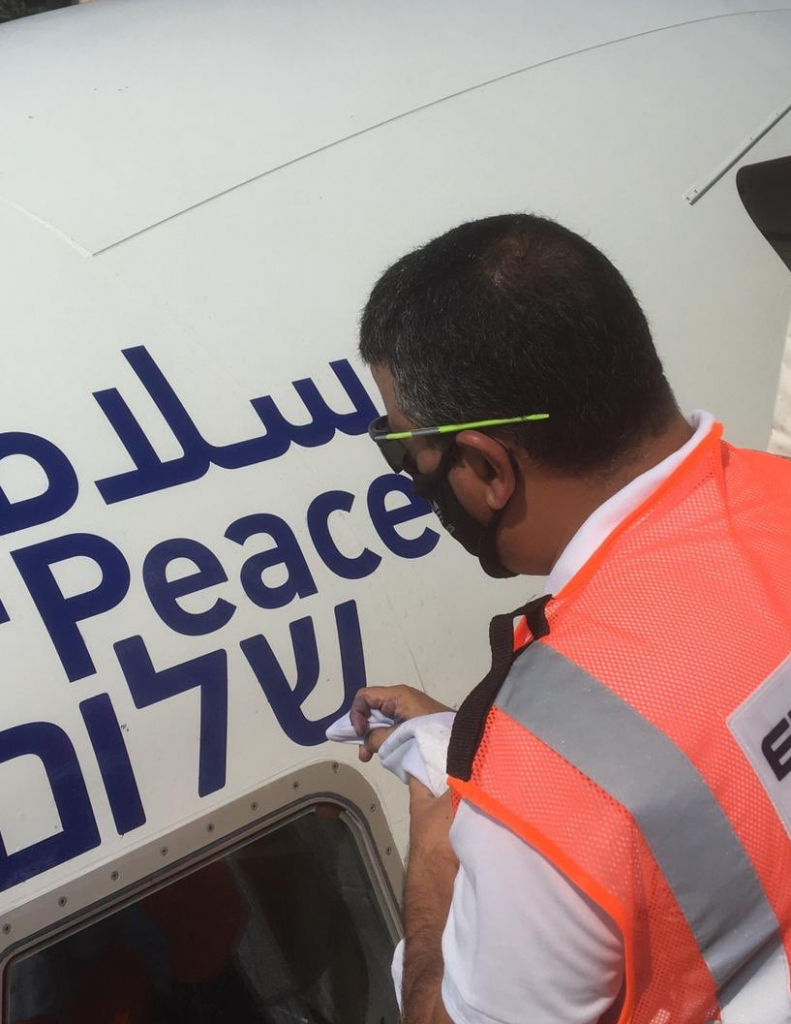 An airliner carrying Israeli and U.S. delegations to the UAE on Monday will fly over Saudi Arabia, according to a source familiar with the itinerary, in what would be the first publicly acknowledged entry of an Israeli plane into Saudi airspace.

Asked if the plane would fly over Saudi Arabia in order to manage its planned three-hour-and-20-minute flight time, the source, who declined to be identified by name or nationality pending an official announcement of the route, said, “Yes.”

If the Saudis don’t grant permission, the plane will have to take a roundabout route lasting almost nine hours.

The four countries and El Al have declined to comment on the route.

However, The Israeli Airline Pilots Association commented, releasing a map of the planned route over Saudi Arabia on its Twitter account. The union did say that the route is not final “and to the best of our knowledge still hasn’t been approved by the Saudis.”

The El Al Boeing 737-900 4X-EHD, named after the city of Kiryat Gat, will fly with the word “Peace” painted in Hebrew, English and Arabic on the plane, according to The Jerusalem Post.