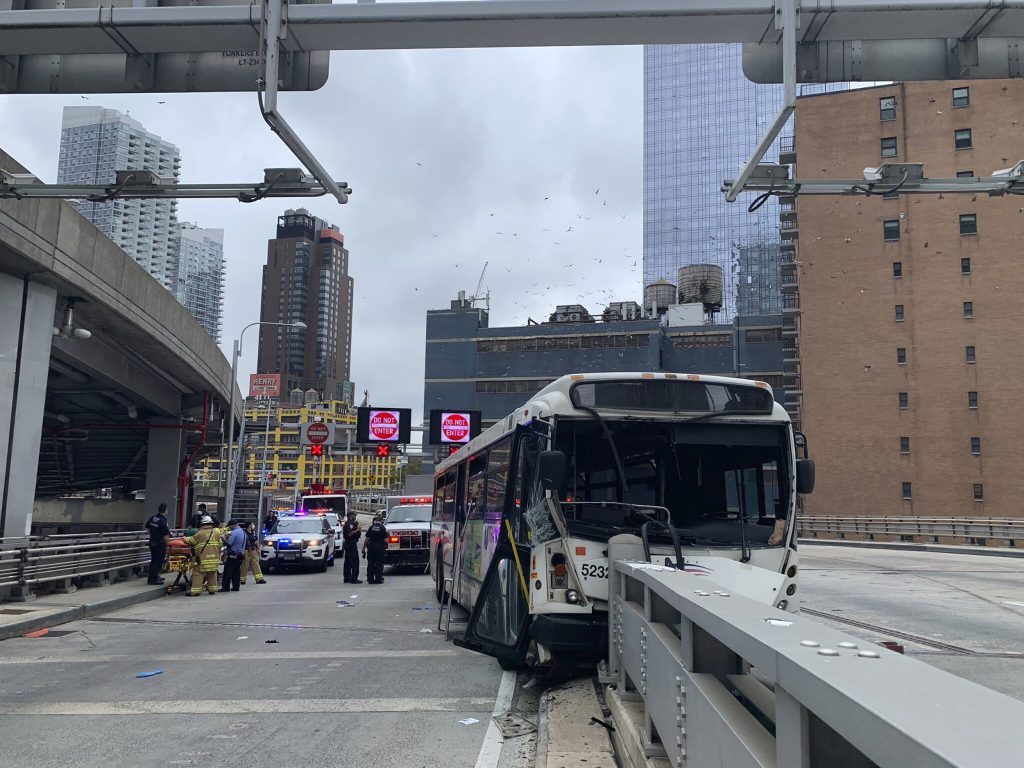 A commuter bus slammed into a divider at New York City’s main bus terminal on Saturday, injuring 16 people including one critically, the fire department said.

The New Jersey Transit bus crashed on an upper ramp at the Port Authority Bus Terminal in Manhattan, tossing passengers around and causing major damage to the vehicle’s front end.

Eleven people were taken to hospitals for treatment, including one person who Ramdayal said had “severely critical” injuries. Others were treated at the scene.

The bus appeared to be leaving the terminal when it crashed, officials said. No other vehicles were involved, and the crash caused the temporary closure of all New Jersey-bound lanes of the Lincoln Tunnel.