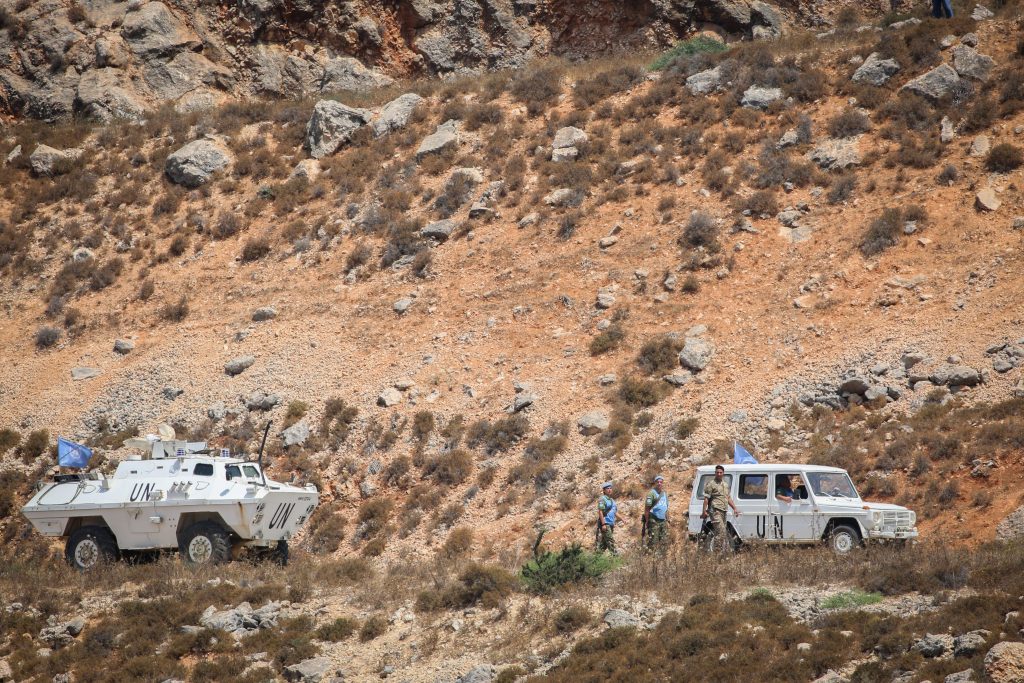 The U.N. Security Council will extend the mandate for a peacekeeping force in southern Lebanon for another year later on Friday, but will reduce the number of troops amid U.S. and Israeli criticism over the mission’s efficiency, diplomats said.

The U.N. Interim Force in Lebanon (UNIFIL) – established in 1978 – patrols Lebanon’s southern border, known as the Blue Line, with Israel. Washington regards Hezbollah, which supports the Syrian government and has a strong presence in south Lebanon, as a terrorist organization.

The United States and Israel have argued that the force needs to be smaller but with more powers and more access to areas controlled by Hezbollah. They have pointed to recent incidents on the border in areas monitored by UNIFIL as examples of why the force should be bolstered. Israel struck Hezbollah targets on Wednesday after it said it had come under attack.

The renewal of the U.N. mission comes as Lebanon grapples with a financial crisis, political deadlock and the aftermath of a blast that killed 180 people.

France, overseeing the resolution’s progress at the United Nations, circulated a final compromise draft on Thursday, which will be put to a vote on Friday afternoon.

The troop ceiling was lowered from 15,000 to 13,000 to meet a key U.S. demand, though one diplomat called that a symbolic change as only 10,500 troops are currently deployed.

A French presidential official said the renewal was now certain. “It’s important for Lebanon and Israel,” the official said. “What’s expected from Hezbollah is that it doesn’t do anything that could lead to an escalation.”

A second Western diplomat also said the mandate would be renewed. The United States was satisfied because it called for a detailed plan to improve the efficiency of the mission and to report back to the council within 60 days, the diplomat said.

The resolution has also been toughened, asking for UNIFIL to have access to tunnels discovered on the Blue Line, and for the Lebanese authorities to investigate them. It condemns efforts to restrict the mission’s movements.

Foreign Minister Gabi Ashkenazi said on the decision: “Israel thanks the United States for leading the political campaign that brought about a resolution to extend UNIFIL’s mandate, which includes provisions that will enable UNIFIL to fulfill its role in a more effective manner, even if room for improvement remains. I have been in contact with State Secretary Pompeo and French Foreign Minister Jean-Yves Le Drian to clarify the Israeli positions on this matter.

“The security incidents that have taken place along the northern border over the past several days clearly illustrate above all else the need for a strong and effective UNIFIL. The State of Israel’s security will be guaranteed by its own defensive and political power.

“The true test now will lie in the readiness of the Lebanese government and UNIFIL to implement all of the requirements of the resolution. Israel will continue to closely monitor its practical implementation,” said Ashkenazi.